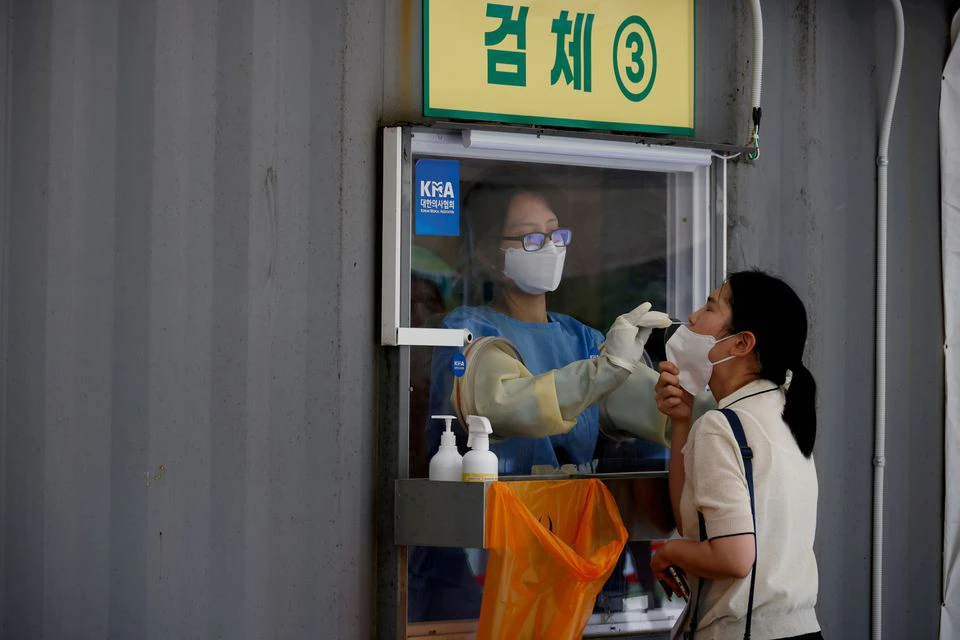 South Korea has detected its first two cases of the new Delta Plus COVID-19 variant, the Korea Disease Control and Prevention Agency (KDCA) said on Tuesday, as the country battles with its fourth wave of infections nationwide.

Reports of Delta Plus cases have been few so far, and a handful of countries, including Britain, Portugal and India, have reported some cases.

"The first case (in South Korea) was identified in a man in 40s who has no recent travel records," the KDCA told Reuters in a text message.

Test results in people who have been in contact with the man showed that a family member of his tested positive, but the KDCA did not confirm the patient was infected with Delta Plus.

"The second case was found in an overseas traveller," KDCA said.

Health authorities have said several major vaccines work against the highly contagious Delta variant, which has already become dominant in many countries, but have raised concern new strains may evade some vaccines.

Some scientists have said the Delta Plus variant may be even more transmissible. Studies are ongoing in India and globally to test the effectiveness of vaccines against this mutation.

The country on Tuesday said it has given 20 million people, or 39% of its population, at least one dose of a vaccine, while 14.1% have been fully vaccinated.