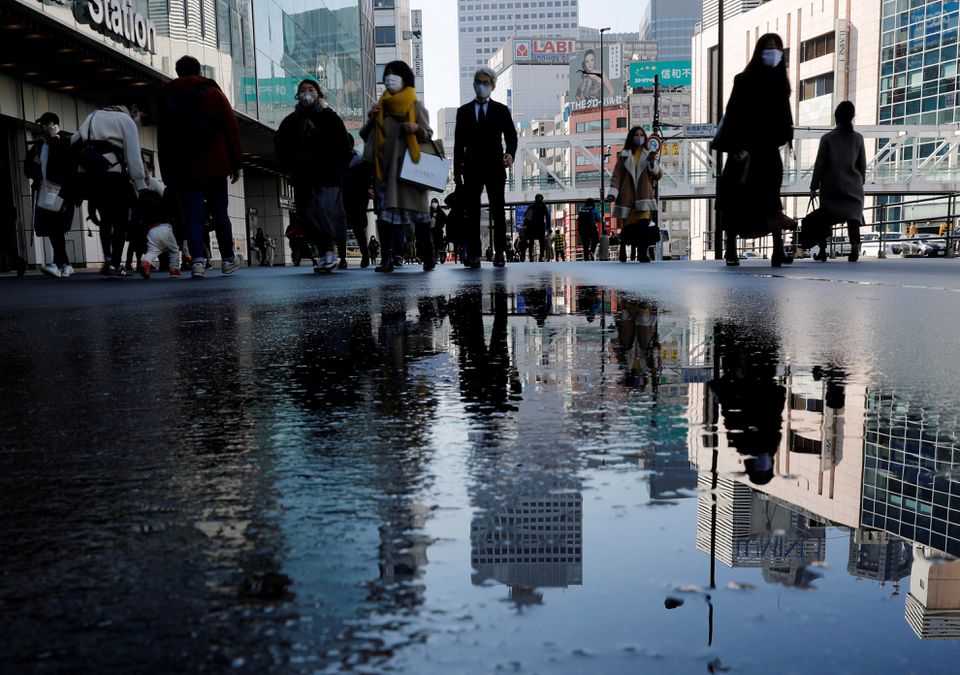 Japan's economy contracted at an annualised rate of 3.0% in July-September from the previous quarter, government data showed on Monday, posting the first decline in two quarters as resurgent coronavirus infections hurt consumer spending.

The gross domestic product (GDP) figure translated into a quarterly drop of 0.8%, worse than economists' median estimate of a 0.2% contraction, the Cabinet Office data showed.

Private consumption, which makes up more than half of the economy, fell 1.1%, versus a 0.5% decline expected by economists, the data showed.