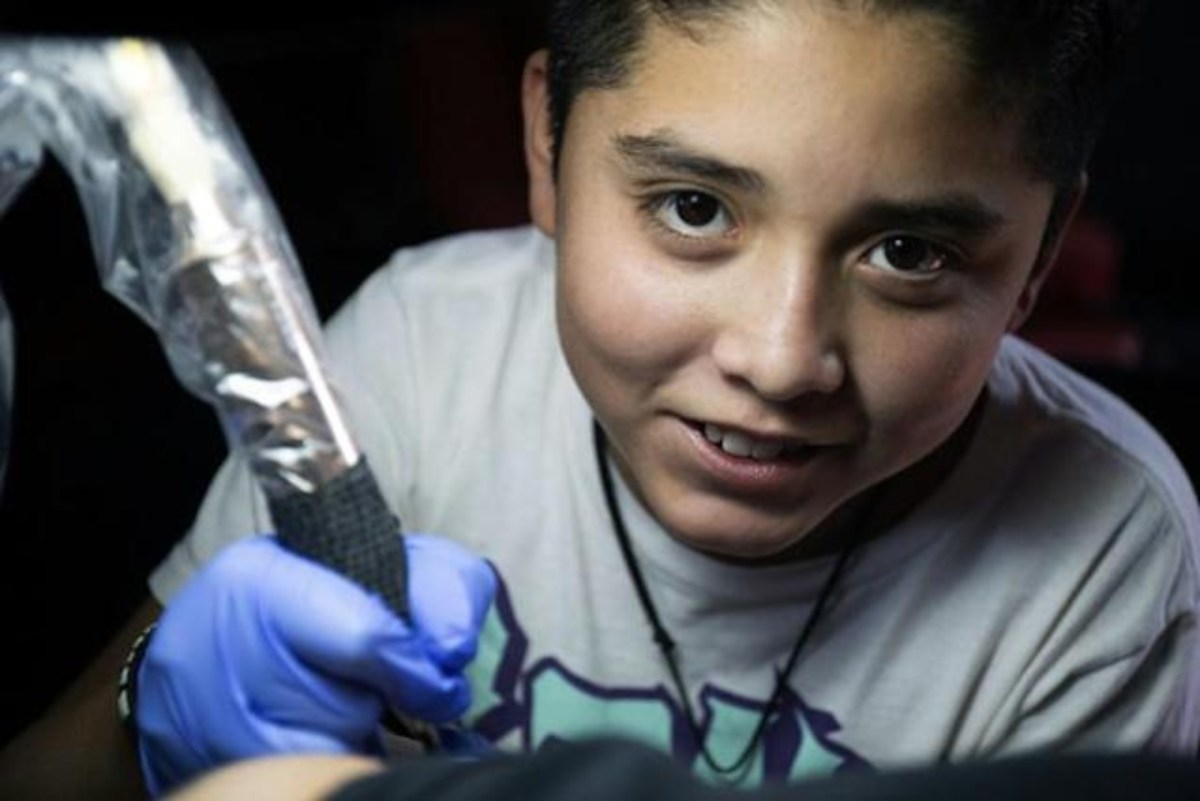 Brandon Burgos carefully tattoos a customer's arm in his father's studio in Mexico. He's only 11 years old, but the schoolboy already has around 30 creations to his name.

He is following in the footsteps of his father, who says his son has a natural talent.

His small hands covered by latex gloves, Brandon uses a tattoo machine under his father's supervision in his small studio in the central city of Puebla.

He inks the image of an Egyptian cat's face before carefully cleansing the skin.

Brandon is in the last year of elementary school, and while he dreams of being a sailor, his second choice is tattoo artist, he says with a smile.

He first put ink to skin just a year ago, drawing a skull on his father.

"I started helping my dad, watching videos, and there's a book that's a tattoo course so I started reading it," he says.

After his father came uncles and friends who let Brandon hone his skills on them.

"Now more people ask me to tattoo them and, of course, they're giving me confidence and I appreciate it," says Brandon.

He no longer feels as nervous as he did when he first tattooed his father. He has even been invited to participate in his first exhibition, in Tepito, a rough neighborhood in Mexico City.

His father Jose Burgos, who has been a tattoo artist for seven years, says it was Brandon's own choice to learn about his trade.

"He liked drawing from the age of six, but with the pandemic he got more involved. The only condition is that he gets good school grades," he says.

Now he has no shortage of human canvases.

"He's done about 30 tattoos and everyone's satisfied," his father says.

"I never imagined that my son would tattoo me. He has a good hand, very light," he adds.