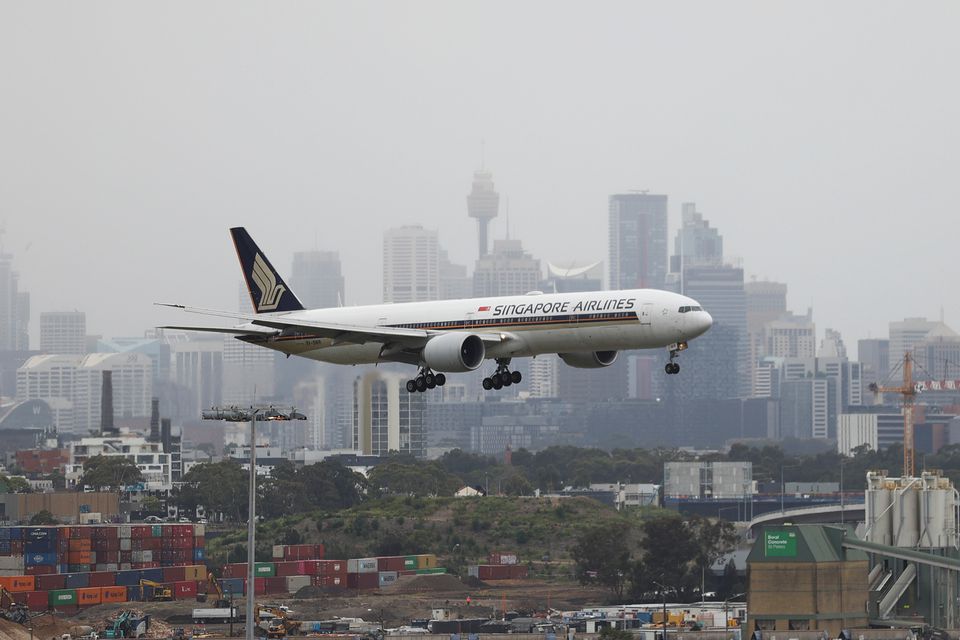 SYDNEY -- Australia on Monday fully reopened its international borders to travellers vaccinated against the coronavirus after nearly two years of pandemic-related closings as tourists returned and hundreds of people were reunited with family and friends.

More than 50 international flights will reach the country through the day, including 27 touching down in Sydney, its largest city, as the tourism and hospitality sectors look to rebuild after getting hammered by COVID-19 restrictions.

"It is a very exciting day, one that I have been looking forward to for a long time, from the day that I first shut that border right at the start of the pandemic," Prime Minister Scott Morrison told reporters in the island state of Tasmania, which relies heavily on tourism.

After being away from loved ones for months there were many emotional reunions, including for Cindy Moss who travelled from the U.S. state of Kentucky to see her daughter.

"I just haven't seen her in so long and it was such a big thing to be able to get over here. So I'm so excited," she said after hugging her daughter, her voice cracking with emotion.

Tourism is one of Australia's biggest industries, worth more than A$60 billion ($43 billion) and employing about 5% of the country's workforce. But the sector was crippled after the country shut its borders in March 2020.

Once a champion of COVID-suppression strategy, Australia shifted away from its fortress-style controls and relentless lockdowns since late last year and began living with the virus after reaching higher vaccination levels. Skilled migrants, international students and backpackers have been allowed to fly into Australia since November in a staggered reopening exercise.

Passengers flying to Sydney were greeted from the air with "Welcome Back World!" painted on a sign near the runways while people in kangaroo costumes welcomed travellers and a DJ played music from a van festooned with a banner saying "You were worth the wait".

"It is a party out here, music playing, smiles on people's faces, they will be dancing soon, I'm sure," Tourism Minister Dan Tehan told broadcaster ABC from Sydney airport as he gave travellers gift jars of Vegemite, an iconic Australian food spread, and stuffed koala toys.

Tehan said he was hopeful for a "very strong" rebound in the tourism market, with Qantas (QAN.AX) looking to fly more than 14,000 passengers into Australia this week. Virgin Australia said it was seeing positive trends in domestic bookings and continued to assess demand for international flights.

All trains in Sydney, meanwhile, were cancelled on Monday after pay disputes between the union and the state government, taking some shine off the reopening.

As borders fully reopen, Australia's outbreak of the Omicron coronavirus variant appears to have passed its peak with hospital admissions steadily falling over the past three weeks. The bulk of Australia's pandemic total of about 2.7 million confirmed cases has been detected since the emergence of Omicron in late November. Total deaths stood at 4,929.

Just over 17,000 new cases and 17 deaths were registered by midday on Monday with theNorthern Territory due to report later.