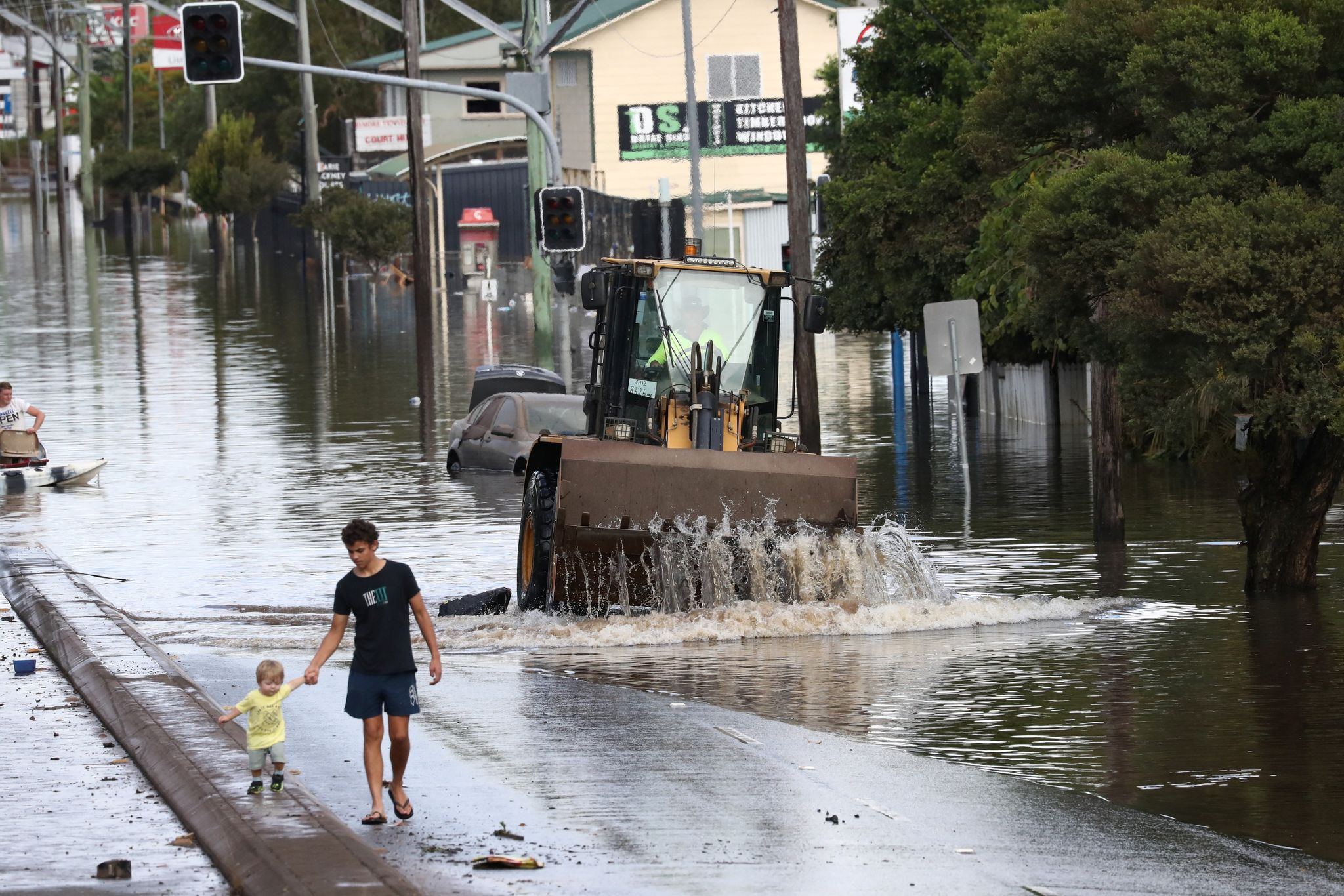 Tens of thousands of Australians fled their homes and authorities evacuated a hospital on Wednesday as torrential rains continued to batter the country's east coast.

The wild storm cell has been making its way down from Queensland state into neighbouring New South Wales (NSW) and is expected to hit Sydney, home to more than 5 million people, later on Wednesday.

"Hundreds of thousands of people have been impacted by this event," NSW Emergency Services Minister Stephanie Cooke told broadcaster ABC on Wednesday morning. "It is not over by any stretch of the imagination."

The Bureau of Meteorology said Sydneysiders should brace for months of rain to fall within a few hours, as officials reported that Warragamba Dam, the city's major water supply for Sydney, began overflowing on Wednesday morning.

The country's weather bureau warned Sydney and surrounding regions could receive up to 200 mm (8 inches) of rains within six hours later in the day. Sydney's mean rainfall for March is 138 mm, according to official data.

In the northern town of Ballina, the main hospital was evacuated, ahead of an anticipated peak in the floodwaters. In Lismore, a town a little further north that was hit hard on Tuesday, residents waited for water levels to recede far enough to allow emergency services to reach them with emergency supplies.

NSW emergency crews carried out 300 flood rescues after getting 2,200 requests for help overnight. Military helicopters airlifted stranded people from rooftops, while stranded motorists and animals were rescued from a bridge after fast rising waters submerged both ends. read more

Cassie Skillings, who got stuck on the bridge along with her sister, niece and nephew, told radio station 2GB a local resident rescued them in his boat.

"It was just mayhem, once shipping containers started hitting the bridge I called triple zero and they said there was nothing they could do," she said.