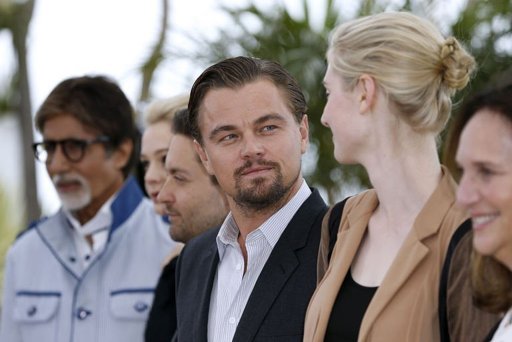 Stars of "The Great Gatsby" rolled into Cannes for the European premiere of Baz Luhrmann's controversial 3D epic, which was to kick off the world's most prestigious film festival late Wednesday.

But the high-octane take on the Roaring Twenties classic got a cool reception at a press screening, where it met prolonged silence punctuated by some whistles of disapproval and a scattering of supportive handclaps.

Other stars expected at the glitzy 12-day movie fest on the French Riviera include Ryan Gosling, Michael Douglas, Matt Damon and Alain Delon.

Steven Spielberg is also bringing his star power to Cannes as head of the jury which includes Nicole Kidman and Ang Lee.

Luhrmann's "Gatsby" has left critics in the US and Britain divided on whether it amounts to inspiration or a turkey.

The Australian director's adaptation targets a younger generation who have never seen the 1974 version, which starred Robert Redford and Mia Farrow in the leading roles.

Three-D effects and a score produced by rapper Jay-Z and tracks from Beyonce and will.i.am provide the core of his eye-catching, youth-friendly pitch.

After its North America premiere earlier this month, the New York Times described it as "eminently enjoyable" and film website Indiewire hailed a "guilty pleasure, a swirling audacious piece of cinema".

But others panned it as superficial and brash.

"Once his (Luhrmann's) agenda of swooping camera movements and gleaming roadsters and anachronistic music takes full hold, there's nothing left to fall back on...," said The Wrap.

"'The Great Gatsby' is an immortal American tragedy, but the story's impact gets completely buried in Luhrmann's flash and dazzle."

Rolling Stone was even more blunt calling the $100 million movie a "crushing disappointment".

Aside from the "staggering beauty of the costumes, nothing works. The actors are buried in the art direction, along with feeling", it said.

"The film looks as stiff and lifeless as a posh store window."

Despite the doubts, "Gatsby" took $51.1 million at the weekend's US box office, reportedly exceeding distributor Warner Brothers' expectations of between $35 million and $40 million.

The film, which is not in competition at Cannes, came in second behind the blockbuster "Iron Man 3".

Figures showed the film had proved popular with older audiences too.

Viewers over 25 made up 69 percent of the opening weekend's audience, according to Warner Bros.

The opening day proceedings at Cannes are due to begin at 1915 (1715 GMT) with the opening ceremony hosted by "Amelie" star Audrey Tautou followed by the "Gatsby" screening.

Tautou said on Tuesday she discovered she had been chosen as the maitresse de ceremonies by text message.

"The offer threw me off balance a bit. I was immediately touched, but torn between wanting to accept and for two or three days wondering if I could do it," she told AFP in an interview.

"In the end I refused to allow myself to be ruled by fear," she added.

The evening will be rounded off with a gala dinner for 650 people with Anne-Sophie Pic, the only female French chef with three Michelin stars, at the helm

Pic, who works at her family's "Maison Pic" restaurant in Valence in southeastern France, told AFP she was proud to have been chosen along with the two star chef Bruno Oger.

But she said she was also stressed "by the desire to do well".

"It's a real challenge, one of the finest dinners of the year," she said.

Twenty films are in competition in Cannes for the coveted Palme d'Or prize.

Among the most keenly-anticipated films is Steven Soderbergh's Liberace biopic "Behind the Candelabra" which the director has said he had trouble getting made because it was "too gay".

The film will be something of a swansong for the 50-year-old Soderbergh who has announced his retirement.

Other big names in competition include the Coen Brothers with "Inside Llewyn Davis" and Roman Polanski with "Venus in Furs."

The festival is also a meeting point for thousands of executives involved in the less visible side of movie-making -- script-writing, talent management, technology and film distribution.