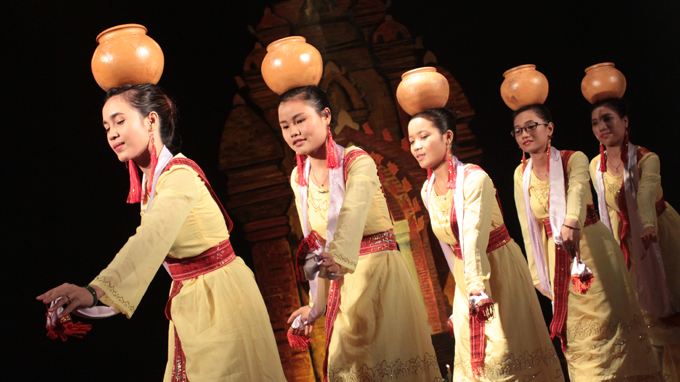 The “Champa Journey Show”, which is set to begin at the HCMC University of Theater and Cinema, 125 Cong Quynh, at 4.30pm tonight, is a stage enactment of the Cham people’s new year festival.

The show, on which research has been done for several years, features six acts highlighting how the Cham people in Vietnam celebrate Tet, their daily lifestyles and their ways of addressing one another among other cultural topics.

The Champa period, spanning from the 1st to the 15th centuries, boasts one of the country’s richest cultural diversity.

There are around 162,000 Cham people still residing in Vietnam. Cham architecture and statues were inspired by religion, and flourished since the fourth century and ended along with the fall of the Champa Kingdom in the 15th century.

Large populations of Cham people can also be found in Cambodia, Malaysia and Thailand.