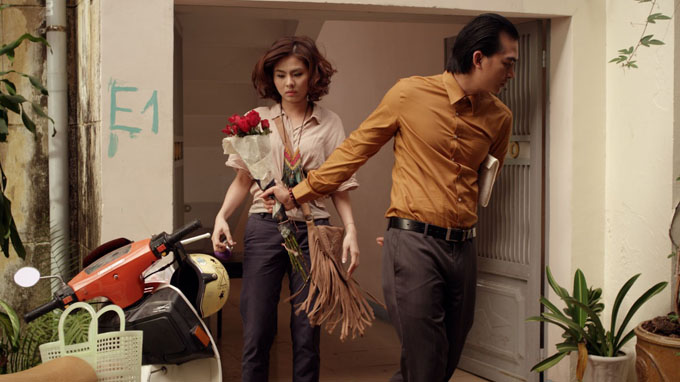 Vietnam film festival to run in US

Several Vietnamese blockbusters will be screened at a Vietnamese film festival in the U.S. next month in an attempt to promote local films to the world.

According to the 2014 Viet Film Fest (VFF) organizers, 29 films have been picked, including eight features and 21 short films, for the upcoming event.

The festival, held every two years from 2003 to 2013, is scheduled to run at UltraLuxe Cinemas in Anaheim Gardenwalk, California’s Orange County from April 10 to 13.

The 2014 Viet Film Fest attracts films from around the world, including Vietnam, the U.S., the UK, Australia, Canada, France, Germany, and Japan.

The Republic of Korea will, for the first time, send their films to the festival.

“Am Muu Giay Got Nhon” (How to Fight in Six Inch Heels) by expat Vietnamese director Ham Tran, a romantic comedy about the fashion worlds of Ho Chi Minh City and New York, will be shown at the festival opening.

The film has drawn local viewers, especially youth, and adds new flavors to the Vietnamese film industry with its Hollywood rom-com and chick-flick formula.

“Tien Chua” (Funny Money) a debut film by Vietnamese American director Thien Do, has been named the winner of the 2014 VFF Grand Jury Trong Dong (Bronze Drum) Awards with its intriguing satire on today’s materialistic world.

These two films have seen box office success in Vietnam.

The film is a deeply moving story of love and violence in Saigon (now Ho Chi Minh City) in 1975, toward the end of the American War in Vietnam.

In the film, a Japanese businessman kills a Vietnamese citizen by accident and loses his status and wealth in the Southeast Asian nation.

The film was shot in locations across Vietnam under real combat conditions during the final stage of the war, between December 1974 and April 1975.

Many years later, the film was accidentally rediscovered at the National Film Center of Japan and later won a prize at the 2013 Okuradashi Film Festival in Japan.

“Teo Em,” another well-loved local comedy that came to theaters during Christmas time last year, will be shown at the festival closing night.

Tickets are available at UltraLuxe Cinemas and on ultrastarmovies.com.