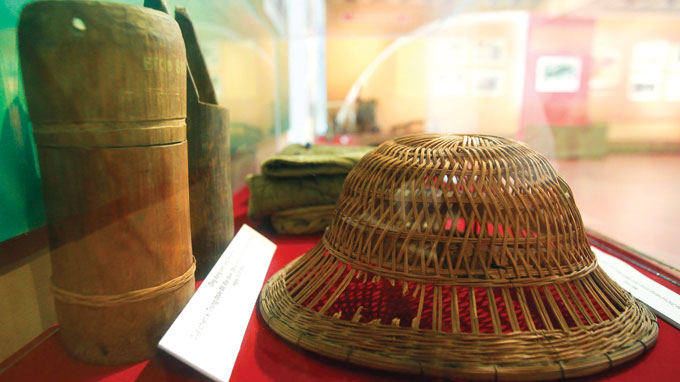 A host of activities are going on throughout Vietnam, including two exhibits in Hanoi and central Quang Binh Province, to commemorate the Dien Bien Phu victory, a prominent triumph during the country’s resistance war against the French colonialists.

The exhibit showcases some 300 items used during the Dien Bien Phu battle in May 1954, which include spades used to dig ditches, bikes to carry heavy loads of rice to soldiers, torches, soldiers’ harmonicas, guitars, and personal belongings.

Along with the objects for daily use and a host of photos capturing the brave soldiers on the battlefront and civilians at the time, various Vietnamese and French weapons are also on display.

The weapons vary from rudimentary sticks used by Vietnamese soldiers to pull cannons to the battlefield to both large and small machine guns, which were advanced for the time.

Many of the objects were donated by Dien Bien Phu veterans and their families.

A clutch of archival materials are also on exhibit.

According to Colonel Nguyen Xuan Nang, the museum director, the museum has begun using 3D technology to enhance the exhibited objects.

Gen. Giap, who passed away in October 2013, masterminded the Dien Bien Phu battle and was thus instrumental in its resounding success.

On display are 60 photos taken by Vietnam News Agency photojournalists and local photographers.

The photos summarize the main happenings of the historic Dien Bien Phu victory and Gen. Giap’s key role in the campaign.

The Dien Bien Phu campaign was the most decisive battle in Vietnam’s resistance war against French colonialism.

The battle took place between Vietnamese and French troops in Muong Thanh District, Lai Chau Province, which is now Dien Bien Province in the north.

The French were completely defeated and surrendered on May 7, 1954.