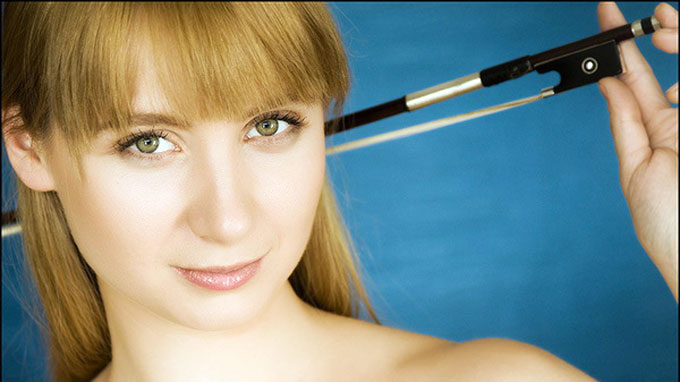 Famed Polish violinist Alicja Smietana is set to perform in Hanoi as part of the Europe Days 2014.

Smietana will perform along with her trio at Tuoi Tre Theater (Youth Theatre of Vietnam), 11 Ngo Thi Nham, Hai Ba Trung District, at 8pm next Wednesday, May 28.

The other two members of the trio, pianist Grzegorz Mania and drummer Adam Czerwinski, have also performed a lot in Poland and other countries.

Coming from a musical family, with her father being jazz guitarist Jarek Smietana, Alicja Smietana started playing the violin at the age of 5.

Winner of numerous competitions and awards, she took no time to be recognized as one of the most dominant violinists of the young generation.

In 2002 she was invited to play with Kremerata Baltica, a chamber orchestra led by Gidon Kremer,  which allowed her to work closely with the world’s finest musicians.

A wide range of cultural activities have been held across Vietnam throughout this May within the framework of the Europe Days 2014.

Its other highlights include the European Film Festival, another concert and a photo exhibition.

The first edition of the European Union’s annual "Europe Days" program was introduced in Vietnam in 2004.

Over the past ten years, the one-month program, including entertaining and intellectual events jointly organized by the Delegation of the European Union to Vietnam, the Embassies of the European Union Member States and the European Cultural Centers in Vietnam, has gained a prominent place in the Southeast Asian country's cultural agenda, attracting many thousands of visitors every year.