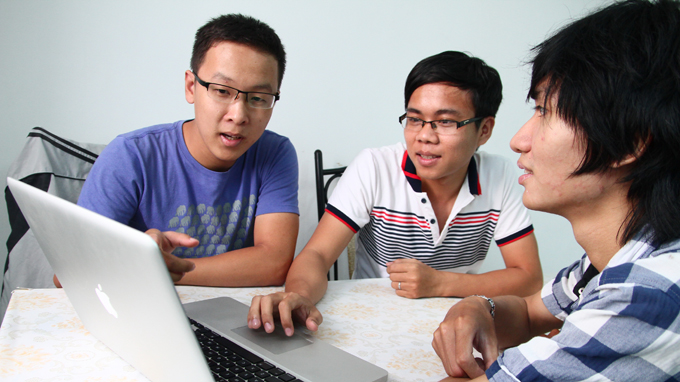 Pros and cons of freelancing in Vietnam

With freelancing being the current trend among Vietnamese youths, some have achieved certain success while others have encountered hurdles and suffered failure.

Freedom of time and space and the satisfaction from self-employment are what the young find most appealing about freelancing.

“I love freedom of time and space and the opportunities to travel and meet different people,” explained Pham Vu Hoang Giang, 23, a graduate in international relations from a local university.

He declined several office job offers to work as a freelance photographer after graduation, roaming different areas in Vietnam and abroad in the past two years.

Meanwhile, a twenty-something trio, Pham Thanh Huy, Nguyen Ba Huynh Quang and Nguyen Van Loi, who graduated in IT, have one thing in common: they do not want to work just for salaries.

“We all worked for large companies and we were mainly doing what was directed by our bosses. Now as freelancers, we’re equal in every aspect, so everyone’s opinions are all listened to. Besides we also wish to create something which bears our hallmarks,” Huy explained about their decision to form a freelancing group specializing in designing computer applications earlier this year.

Ngoc Tuyet, 24, a web designer, went through devastating failure during her eight months as a freelancer.

“As there are too many freelancers on the market, clients usually try to compensate us as poorly as they can. Also, freelancing doesn’t mean lack of discipline or leisurely work,” Tuyet shared.

Since January 2014, her contracts have dropped considerably.

Freelancerviet.vn founder Khanh, who has years of experience as both office workers and freelancers, noted that the pressure from freelancing can be remarkably greater than that from a paid office job.

Freelancers also have problems with negotiation skills as well as self-discipline and management.

Only 5-10 percent of the many freelancers Khanh knows, who are well capable and have good relations, are successful.

Quang, of the trio, added that many of their transactions with clients are merely based on trust. Clients usually owe them money and he admitted that they could do little to settle bad debts.

Failing as a freelancer, Tuyet decided to apply for a new office job. However, with dozens of applications, she only got a lesser-paid job offer. She explained that several employers still associate freelancing with unemployment and they thus underestimated her ability.

Giang also encountered difficulty in applying for an overseas study scholarship, as freelancing means no reference from employers, one of many scholarship programs’ common criteria.

Khanh advised fresh graduates against freelancing, as an office job gives them working experience, stable incomes, potential customers and relations, which young freelancers can hardly have.

Unlike in developed countries where most freelancers are already experienced and successful in their areas, up to 60 percent of her freelancing website’s members are in the 18-24 age bracket, which means they are still inexperienced.