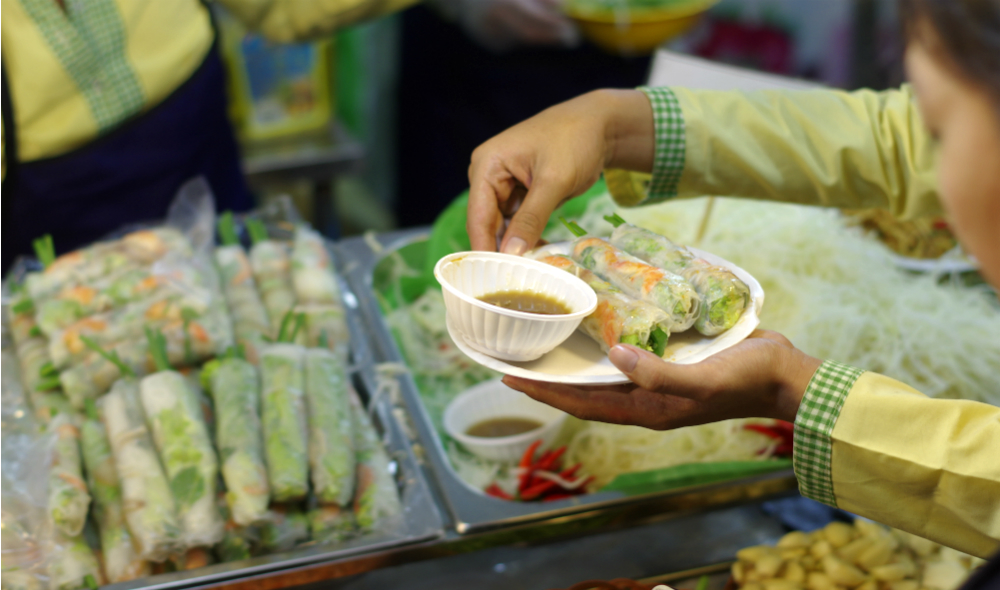 Thousands of local and foreign diners flocked to section B of 23/9 Park in Ho Chi Minh City’s downtown to visit the  “Taste of the World 2014” culinary festival, which was officially kicked off on Thursday evening.

The 9th annual 4-day festival is organized by the HCMC Department of Tourism and the HCMC Tourism Association as part of the city’s tourism promotional program.

According to the department, the event is a fascinating playground with various cultural activities such as ethnic art performances, folk games, and other art forms introducing the costumes and traditional music of many neighboring countries in the region.

In addition, visitors can enjoy the diversity of typical dishes from various countries around the world through attractions such as on-site food processing, and the "5 Star Chef" mini-festival.

There are about 120 booths from 60 businesses including hotels and restaurants, representing cuisine from more than 20 countries and territories around the world, according to the organizers.