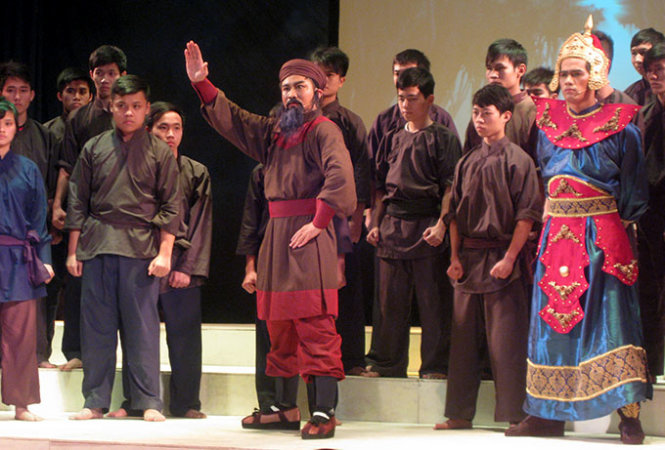 A performance of historical “cai luong” (reformed Vietnamese theater), which costs almost US$140,000, will be staged for free in Hanoi this week.

The “Mai Hac De” play, which revolves around a Vietnamese revolutionary leader and king, will hit the stage at Au Co Art Center, at 8 Huynh Thuc Khang Street, Ba Dinh District at 8:00 pm from Tuesday to Thursday.

The play includes around 140 artists such as musicians, dancers, and martial art practitioners, according to veteran artist Trieu Trung Kien, the play’s director.

Roughly VND600 million ($27,962) of the amount comes from state coffers, with the remainder being culled from society.

The play will move to the central province of Nghe An in early March to mark the 1,302nd anniversary of the Hoan Chau Revolt.

Mai Hac De, whose real name was Mai Thuc Loan, is believed to have led the Hoan Chau Revolt against China’s Tang troops in modern-day Nghe An Province in 713, and claimed the throne later the same year.

Originating from and most popular in southern Vietnam, it is now promoted as a national theatrical form.