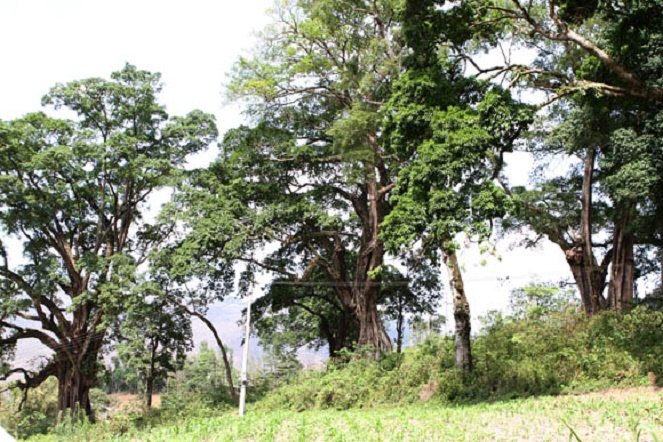 The Vietnam Association for Conservation of Nature and Environment handed the certificate of recognition to the authorities of Dong Van Town, located in Dong Van District in Ha Giang Province, the government portal chinhphu.vn reported.

The trees are a great asset of the Dong Van geopark, which was recognized by the UNESCO Global Geoparks Network in 2010 as one of 77 geological parks in the world and the second in Southeast Asia, after the Langkawi Geopark in Malaysia.

Located at an altitude of 1,000m-1,600m, the plateau is one of the country’s most unique limestone areas, which contain significant imprints of the development of the earth's crust.

The park is also highly appreciated for its rich biodiversity.

The newly recognized banyan trees also hold a special spiritual significance, as the Tay, Mong and Giay ethnic minority groups who call the area home have long considered the banyan tree cluster sacred deities who shower them with blessings.

A shrine erected beneath the trees to worship the forest god sees rituals held every year by locals to pray for bumper crops, auspicious weather and prosperity.