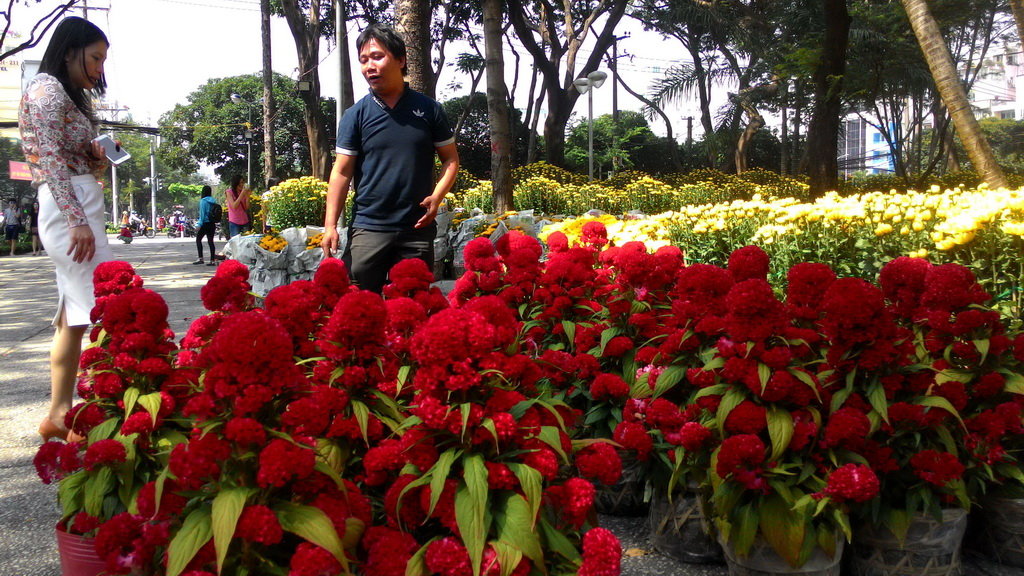 The administration of Ho Chi Minh City has agreed to have 128 locations in various districts transformed into flower markets dedicated to celebrating the upcoming Tet, or Vietnamese Lunar New Year.

The 128 flower markets will be opened in 21 districts throughout the city, according to officials.

The Lunar New Year falls on February 8, with celebratory preparations and festivities customarily ongoing one week before and after that date.

Among the selected areas, District 10 will have the most spots, 21, to be turned into flower markets. It is followed by Thu Duc District, Can Gio District, and District 8, which will host 19, 18, and 13 such markets, respectively.

At the city level, the three main flower markets, all of which are under the management of state-run Cong Vien Cay Xanh Co. Ltd., are due to open in the 23-9, Le Van Tam and Gia Dinh parks.

The city’s administration did not give details on the opening and closing dates of the flower markets.