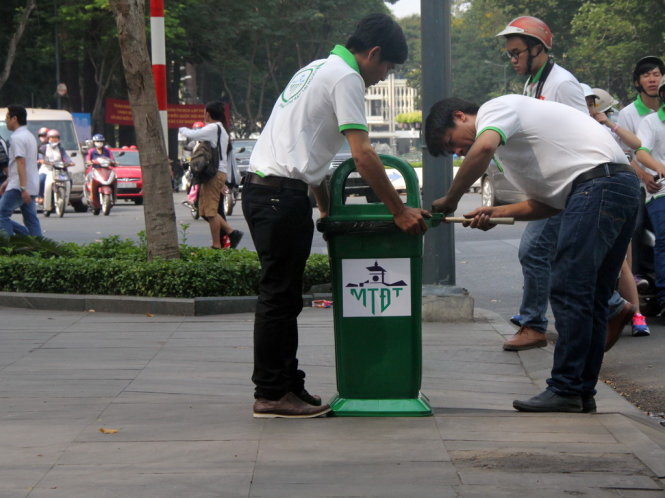 A local environmental service firm has had hundreds of dustbins positioned around the downtown area of Ho Chi Minh City.

Such attempts were made to provide sufficient bins to raise people’s awareness of protecting the living environment as well as preserving the city’s beauty, the company’s leaders said.

The bins, consisting of containers and stands, are painted green with the firm’s logo on the surface.

They were transported to a green venue in the downtown area for assembling and then delivered to the said roads for installation.

Many roads in central Ho Chi Minh City have had dustbins installed but they are unable to meet public demand due to their small number and size, while only a few of them are available, according to Citenco.

The company said it spent VND120 million (US$5,383) on the installation, adding it will place more dustbins in other locations around the city.

Located on Vo Thi Sau Street, Tan Dinh Ward, District 1, Citenco is a state-owned company providing sanitary and environmental services with over 40 years of experience, according to its website.