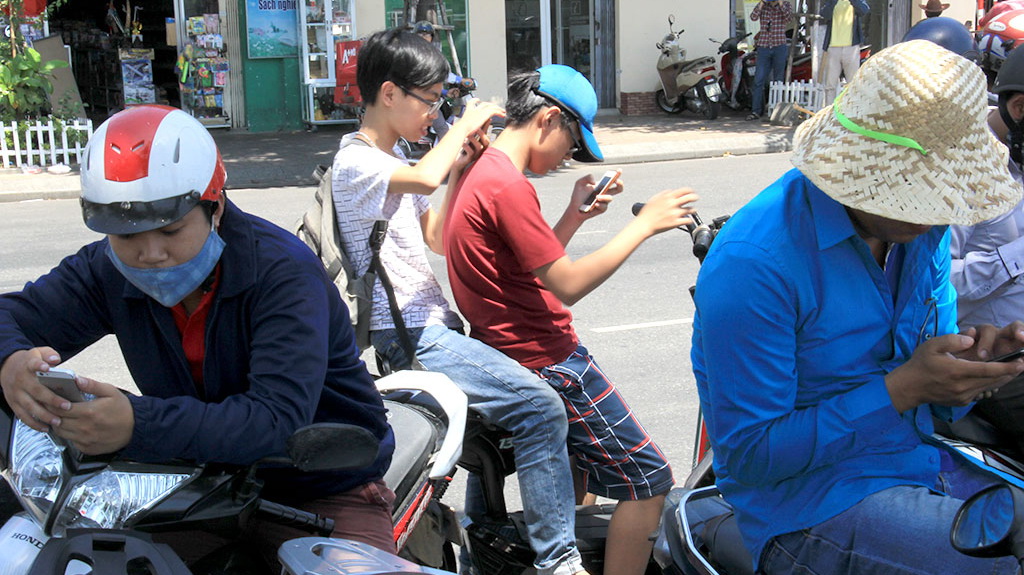 Is the Pokémon GO hype over for Vietnam?

Parks are less crowded with smartphone-swiping ‘trainers’ and fewer screenshots of fresh captures are appearing on social media feeds, but is it too soon to announce the end of the Pokémon GO hype in Vietnam?

Nearly two months ago on August 6, Vietnamese fans jumped for joy as the Pokémon GO launch in 15 countries, including Vietnam, was announced by its developer Niantic.

An augmented reality mobile game, Pokémon GO lets players take on the role of ‘trainers’ that catch and train the “Pokémon” that appear as small creatures on player’s devices while they move around in real life on a quest to become ‘the greatest Pokémon master”.

But now that the hype is dying down, users are starting to give up on their journey to ‘catch ‘em all.’

According to a recent study conducted by Axiom Capital Management there has been a 15-million user drop in the number of active Pokémon GO players since the game reached a peak of 45 million players in mid July.

No statistical figures are available on the number of active players in Vietnam, but the game’s dwindling appeal in the country can been seen as crowded parks that were once Pokémon hotspots begin to empty and Pokémon GO posts on social media are gradually replaced with more trendy topics.

“We just lost interest in the game over time,” Ngoc Thien, an office worker in Ho Chi Minh City, said of her group of colleagues who used to play Pokémon GO during their lunch break.

The group even set up a Skype chat room to share information and updates on the game.

“It was partly because we were all so occupied with work that there was little time left to invest in the game. Now almost none of my colleagues play the game,” Thien said.

Thanh Truc, an employee at a communications agency based in District 3, Ho Chi Minh City, said she found the game captivating at first for its gender-free appeal and highly interactive gameplay.

“Everybody was into the game so it was easy to exchange tips with each other in such a massive community,” Truc explained.

However, Truc, like many other Vietnamese players, was only using Pokémon GO “for the sake of the experience”. When the hype was over, so was her interest in the game.

A more seasoned fan of the Pokémon franchise, Minh Tung, a player from Ho Chi Minh City, said there was a feeling of “incompleteness” to the game due to its departure from the original story and gameplay.

“Players don’t get to actually ‘train’ their Pokémon, but rather evolve or power them up with candies gained from capturing other Pokémon of the same kind by moving around [in real life],” Tung explained.

Though it set multiple records in the mobile gaming industry, including Guinness’ most downloaded and highest revenue grossed by a mobile game in the first month of release, it now seems unlikely that Pokémon GO will be the first to break away from the short lifecycle of mobile games.

Tran Viet Quan, an experienced developer and marketer of mobile games and applications, said it was only natural for Pokémon GO to lose its appeal after reaching its peak, as with most other mobile applications.

Quan attributed the game’s recent massive player loss to a number of factors, including its drop in appeal as a trendy game, time-consuming gameplay that requires real-life interactions, and unfairness caused by prevalent in-game hacks and cheats from a large number of players.

The developers' effort to appeal to both player groups, loyal fans of the fanchise and casual gamers, may also be the reason it is failing to retain players, as the simple combat and training system is lacking the essentials that made the franchise famous in the first place, while casual players are reluctant to exercise for a game.