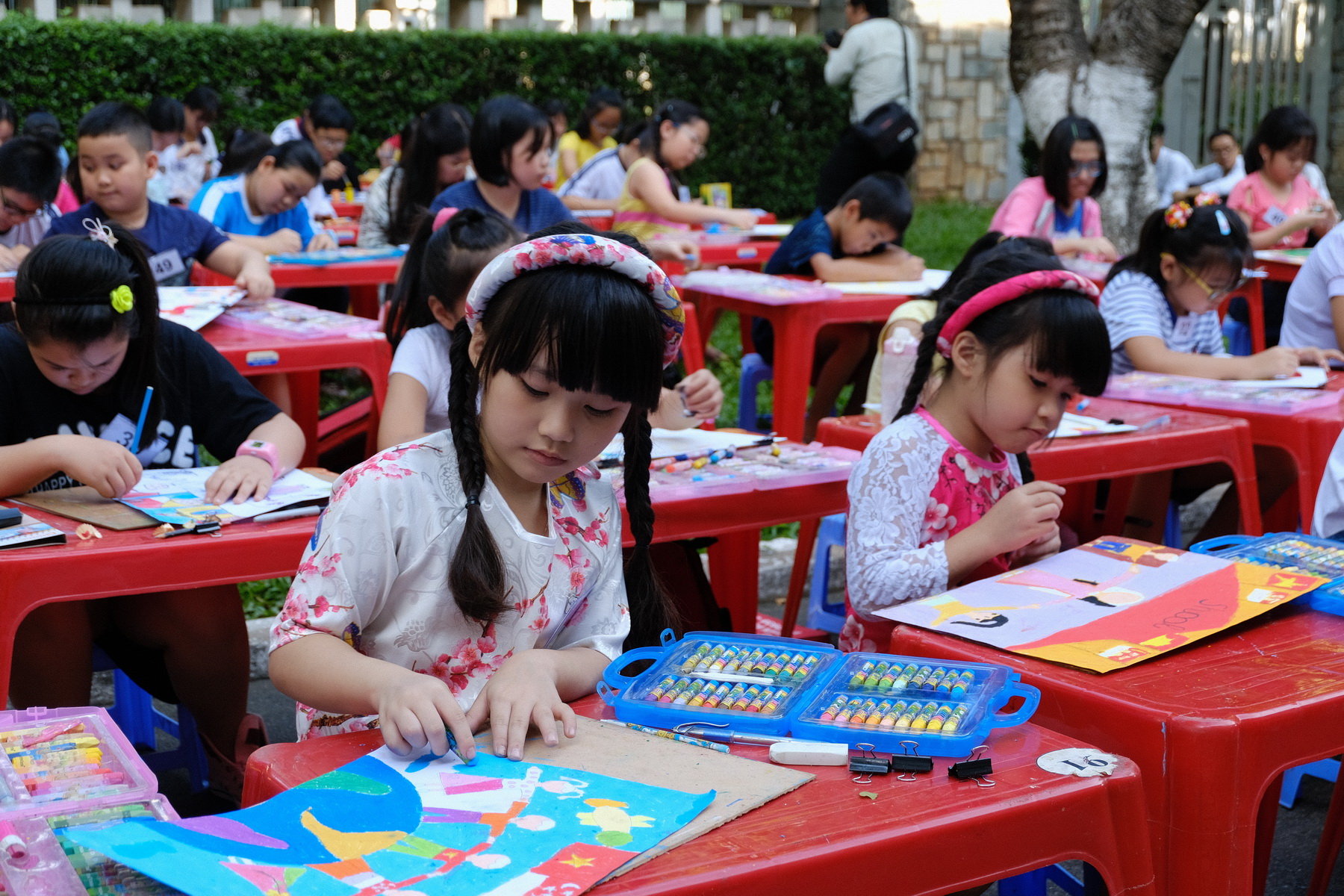 About a hundred elementary and middle school students of Ho Chi Minh City and neighboring provinces gathered the General Sciences Library in District 1 for an art competition celebrating the friendship between Vietnam and Singapore on Sunday morning.

The contest was held by the Consulate General of the Republic of Singapore in Ho Chi Minh City, the Ho Chi Minh City Union of Friendship Organizations and the General Sciences Library to commemorate the 45th anniversary of the countries’ diplomatic ties.

Among the items chosen by the students for their paintings were Singapore’s iconic Merlion, Ben Thanh Market in Ho Chi Minh City and national flags of the two nations.

Two first prizes, four second prizes and six third prizes were handed out to the children who were excited to see their works being displayed onstage.

“We want to involve the students of Vietnam because I think children represent the future generation, they symbolize the future that we have," Consul General Leow Siu Lin told Tuoi Tre News at the event.

“They can bring the bilateral relationship to a higher level.

Consul General Leow also explained that there were many ways to maintain the diplomatic friendship.

By promoting cultural exchange through the painting competition, the organizers hoped to create more memories to strengthen the relationship between the two countries, she added.

The diplomat said that there have been plans for a food festival showcasing Vietnamese and Singaporean foods, also in celebration of the 45th anniversary of the diplomatic relations between Vietnam and Singapore.

Vietnam and Singapore established diplomatic relations in 1973 and have tightened cooperation as they became strategic partners in 2013.