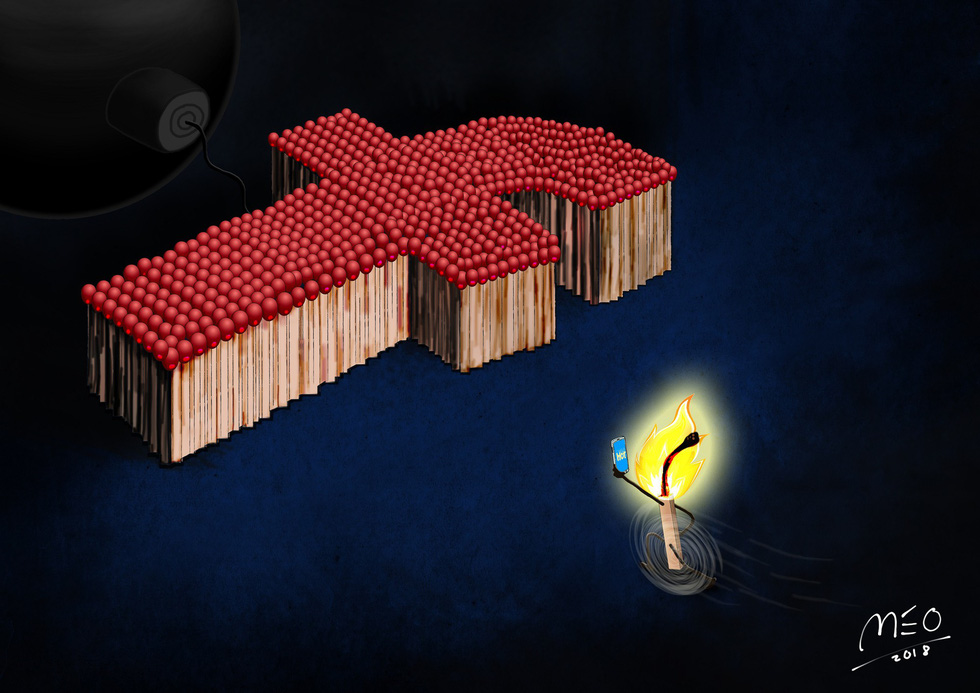 Toxic online behaviors were the source of inspiration for five out of the nine best entries of the fifth Vietnam Press Caricature Contest awarded at a ceremony in Hanoi on Friday.

The contest was organized by the The thao & Van hoa (Sports and Culture) newspaper, a publication of the Vietnam News Agency to find best press caricatures that fit the theme of ‘Cultured Behaviors, Civilized Society’. The first prize went to the painting ‘Chuc cho’ (Waiting) by Le Dieu Bang, who goes by the pen name of Meo.

The contest began calling for submissions in 2018 after a multiple-year hiatus and attracted about 400 entries that criticize despicable behaviors and support civilized ones, according to The Thao & Van hoa editor-in-chief Le Xuan Thanh, head of the organizing board.

Notably, more than 30 percent of the submissions focused on conduct on social networks, Thanh said.

Congratulating the winners, vice chairman of the Vietnam Journalists Association Ho Quang Loi said the contest’s success shows that caricature is still a “sharp weapon” of artist-journalists and press agencies.

Caricatures draw public attention to important issues as they are able to directly affect the awareness of people from all social strata, regardless of their education background, age or language, Loi said.

A 60-page booklet was also published on this occasion to showcase the outstanding entries of this year’s contest.

Sixty best caricatures from the contest will also go on exhibition at number 2 Le Thai To Street near Hoan Kiem Lake in downtown Hanoi this weekend, January 12-13.

Other winners of the Vietnam Press Caricature Contest:

Other entries to the Vietnam Press Caricature Contest: