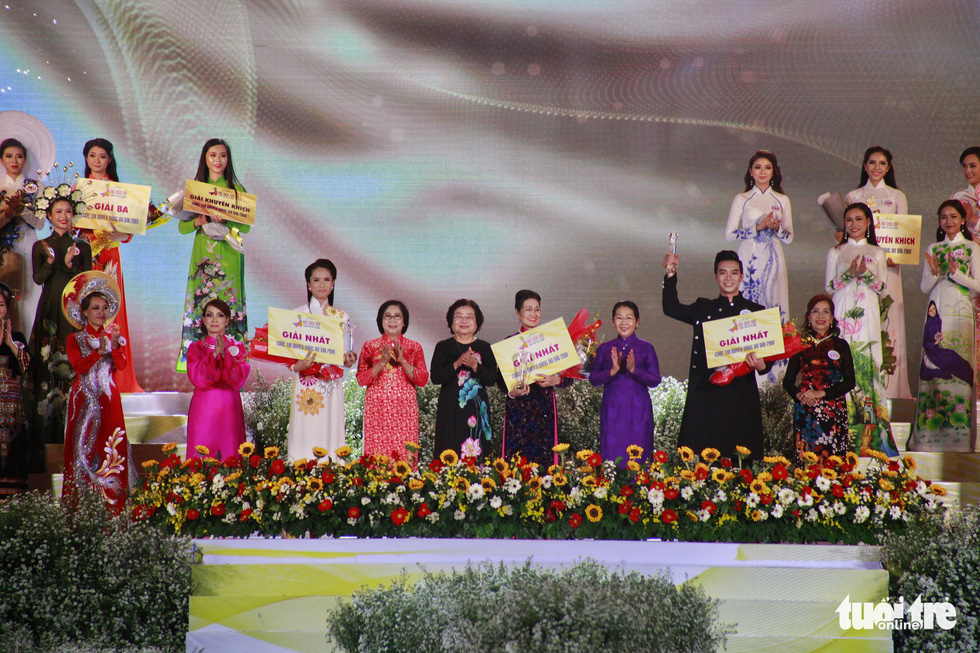 A contest held as part of the sixth annual Ao Dai Festival in Ho Chi Minh City to promote Vietnam’s traditional costumes announced the winners during the final night on Sunday.

The event, Duyen Dang Ao Dai (Charming Ao Dai), was among the highlights of the ongoing festival organized by the municipal tourism department from March 2 to 17.

As the contest was open to all people who love the traditional attire, this year's contestants included a member of an ethnic minority group and a foreigner.

The final round was held on Nguyen Hue Pedestrian Street in District 1 on Sunday night, where prizes collectively worth more than VND300 million (US$13,000) were handed over to winners of the individual and group categories.

A young Estonian woman wowed the audience as she appeared elegant in the Vietnamese costume on the final night.

The competition received around 500 applications, with the youngest being 17 years old, and the eldest, 79 years old. They both won special awards in the finale.

H’Lan Buon Ya, a contestant from Ede, the 12th most populous ethnic minority group in Vietnam, clinched the ‘most impressive ao dai’ title.

Here are some photos from the final night.