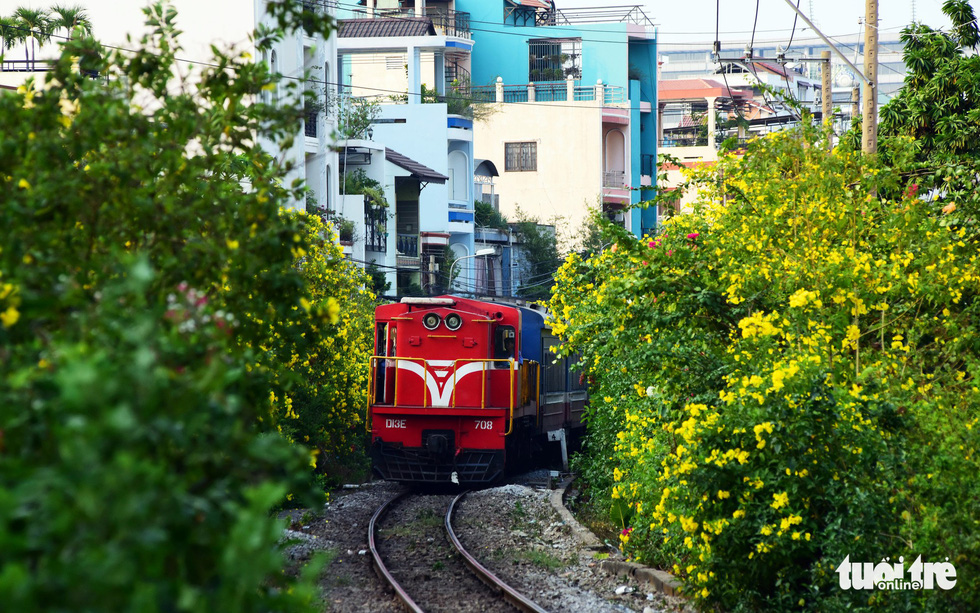 It is now the blooming season of yellow bells and the neighborhoods along the railroad in Ho Chi Minh City have become mesmerizing not only to local residents but also to whoever travels by.

The type of flower may be part of the daily lives of the people who reside in these neighborhoods in Phu Nhuan District, but not everyone knows its name.

The yellow bells are locally referred to as ‘huynh lien,’ whose scientific name is tecoma stans.

“I have lived here for about 20 years. The blossoms were planted several years ago and often bloom in late March and early April,” said Nguyen Thanh Hoa, a 55-year-old resident.

“I never knew what it’s called. I just know it’s very beautiful and dear to my heart.”

The yellow bells have indeed become a familiar image and important part not only to Hoa but also to many other residents.

Their yellow color lights up the entire neighborhoods, while the shade is where the locals take a rest, sip their cups of tea and where the children enjoy their playful moments on a daily basis.

Each flower only last two days and a tree can produce a lot of blooms during this season.