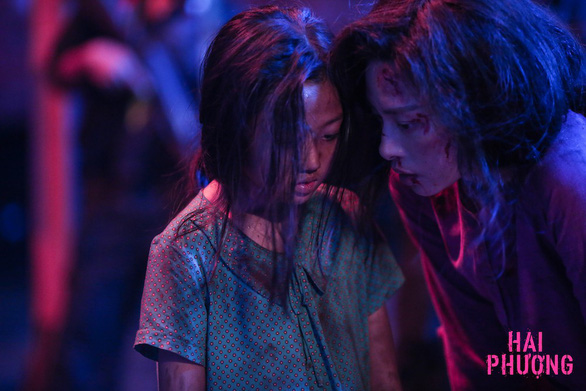 A Vietnamese action film has so far generated nearly US$600,000 in the U.S., a significant success for Vietnam’s motion picture industry whose works rarely reach global screens.

The movie Hai Phuong, whose English title is Furie, recounts the journey of a mother, a former gang leader, who will go to any lengths to bring her daughter home after the little girl has been kidnapped by a trafficking ring.

The film, combining Hollywood-style action with the traditional Vietnamese martial art of Vovinam, was released on February 22 in Vietnam before hitting the big screens in the United States on March 1.

Well Go USA Entertainment officially bought the U.S. distribution rights for the film, which was also screened in Canada.

Furie has been released in a total of 28 cities in the U.S., almost double the initial plan of screening in only 15 cities.

The film, starring Veronica Ngo, made its way to an impressive opening weekend box office of more than $156,000 in the U.S., earning a place in that week’s top 35 highest-grossing movies.

As of March 24, Furie’s total grosses in the U.S. were $578,000, according to Box Office Mojo, a website that tracks box office revenue.

At home, Furie generated more than $6.89 million in revenue, a little more than one month after its premiere, becoming Vietnam’s highest-grossing movie of all time.

And yet Furie’s director Le Van Kiet can expect to achieve further success with his movie, as a distributor has agreed to bring the film to China, one of the most populous and desirable markets for filmmakers.