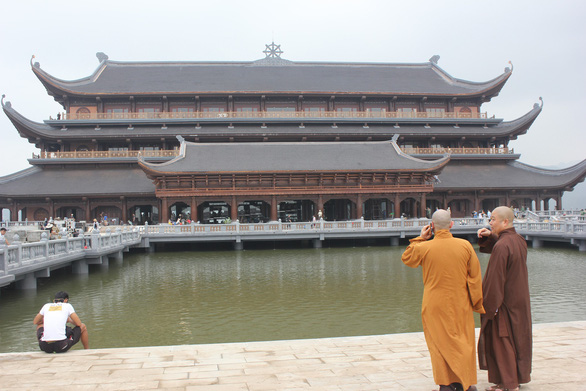 Over 21,600 local, foreign delegates to attend UN Day of Vesak in Vietnam

Approximately 20,000 Vietnamese and 1,650 international delegates are expected to participate in this year’s United Nations Day of Vesak in the northern province of Ha Nam later this month.

The UN Day of Vesak 2019, themed ‘Buddhist Approach to Global Leadership and Shared Responsibilities for Sustainable Societies,’ is scheduled to take place at the Tam Chuc Pagoda in Kim Bang District, Ha Nam from May 12 to 14, Most Venerable Thich Duc Thien, General Secretary of the Vietnam Buddhist Sangha, said during a press conference on Monday.

The event will be attended by 20,000 Vietnamese delegates and 1,650 international delegates from 112 countries and territories, the monk stated.

The foreign attendants include leaders and representatives of Buddhist sanghas and organizations, as well as professors, researchers, and scholars.

The president of Myanmar, the prime minister of Nepal, the deputy secretary general of the United Nations, and foreign ministers and high-ranking officials will also partake in the Day of Vesak.

Vice-President of India Venkaiah Naidu will be the keynote speaker of the event, while Vietnamese Prime Minister Nguyen Xuan Phuc will also deliver a speech.

The Ministry of Public Security and departments of police in Ha Nam Province, Hanoi, and Ninh Binh Province are in charge of ensuring safety and security.

A dining hall covering 3,200 square meters will be reserved for the official delegates, while other participants will be given complimentary meals during the three-day event, Cam added.

Vesak is the most important holiday in the Buddhist calendar that celebrates three important events, namely the birth, full awakening, and passing away of the Buddha Siddhartha Gautama. The event falls on the full moon day of May.

Since 2004, Thailand has hosted the UN Day of Vesak for 12 times, Vietnam three times, including this year, and Sri Lanka one time.