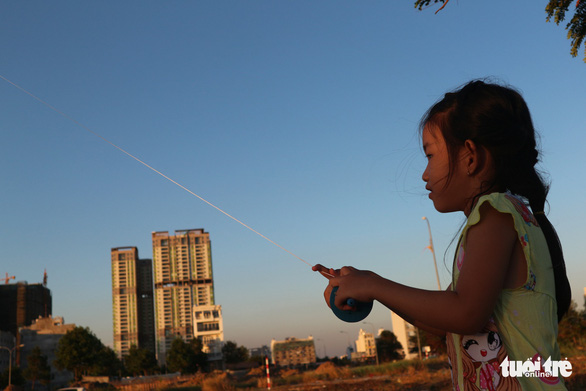 Parents suffer headache over summer options for children in Vietnam

While most children and students look forward to a summer vacation after nine to ten months of school, the three-month-long break seems to be a nightmare for parents as they do not know what to do with their children.

As June approaches, parents start planning and “scheming” how their children are going to spend summer, with the kids usually not being consulted on what they want to do, especially for those in elementary school, as they are not old enough to stay at home by themselves.

The most common option for children in elementary school and kindergarten would be “summer school” at the teacher’s house.

Right after the school year ends and the children say goodbye to their classmates and teachers, a new “summer school” begins at the teacher’s house where they are taken care of similarly to when they were at the kindergarten.

Even though the “class” at the teacher’s house is usually less spacious and lacks a yard, the children are usually happy to see their familiar teacher, friends, and familiar menu.

Both parents and teachers are happy with the arrangements because even the teachers seem to benefit from them by making extra money.

Some schools even offer summer courses to the students, for a higher tuition fee.

With additional costs, the children also get to participate in more extracurricular activities that benefit both their intelligence and physical health.

Grateful for the services available for the summer, parents can work peacefully until 5:00 pm like they usually do.

Parents of others, especially older children, look to summer camps, especially those of English language centers, that seem to be advertised everywhere as the three-month-long vacation approaches.

Despite the benefits these camps bring such as teaching children soft skills, good infrastructure, and the opportunity to master the English language, they remain an inviable option for regular office workers as a camp of one to two months usually costs around US$10,000.

While many children are “lucky” to have classes, friends, and teachers at either summer schools, summer camps, or teachers' tutoring sessions, others have to accompany their parents to work.

Children ages six to eight going to work with their parents in the morning is a common sight during the summer, with the adults desperately threatening their kids to sit still and not to bother others.

In addition to a significant decrease in the parents' productivity, many unpleasant stories causing tension among coworkers have also emerged due to these new “employees."

One time, a boy around seven to eight years old accompanying his parent to work pressed all buttons in the elevator, resulting in a new regulation of the company banning employees from bringing children to work.

Hence, many parents have resorted to another option: sending their children back to hometowns to stay with their grandparents or close relatives in the hope that the young will gain some soft skills and practical knowledge useful for the future.

However not every child has grandparents, and not all grandparents and relatives have time and the means to take care of the kids.

Even the children after a few days of staying away from their parents start calling home complaining and whining when the excitement wears off.

The most common option, however, remains the Internet and smart devices.

Parents make sure the Internet connection in the house is working, and remind the older kids to care for the younger ones.

As long as their children are safe, it is alright, parents tell themselves as they hand them smart devices.

Vague instructions such as “don’t let your sibling touch the electric plugs,” “make sure to turn on the rice cooker at 10,” or “don’t watch bad things on the Internet” are given to the older siblings as the adults leave the house for work.