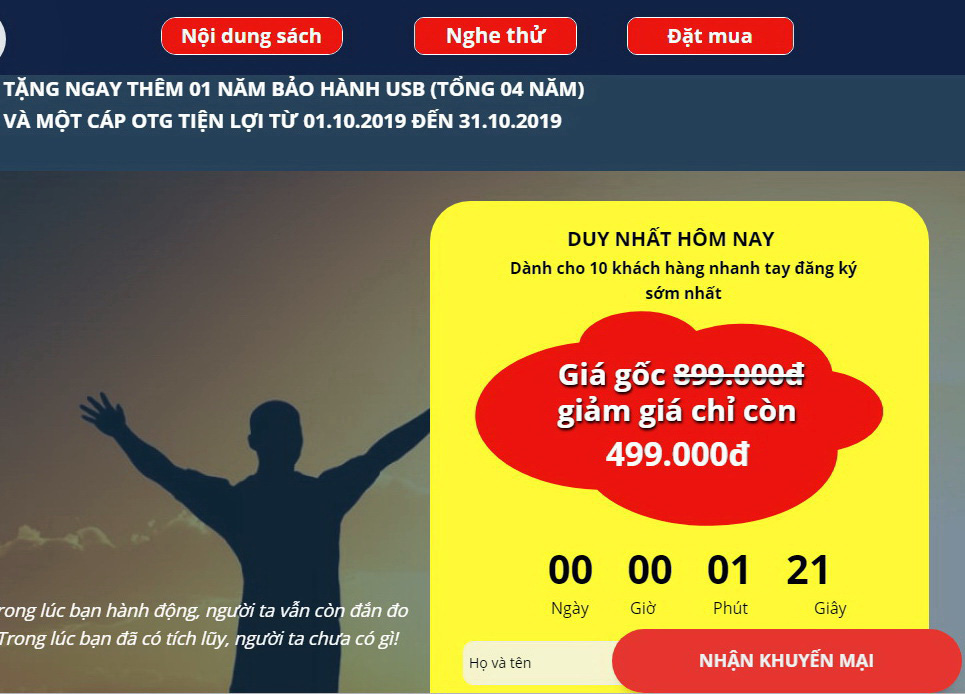 More than 80 books of different genres have been recorded in an audio format, stored in flash drives, and sold in Vietnam illegally as a local publisher says the rife copyright violation has hurt its business.

Nguyen told Tuoi Tre (Youth) newspaper that a flash drive was sent to his address three days after he placed his order through an advertisement on social media.

The device contains 83 audiobooks, mainly in the genres of business and self-help.

The recordings are the audio versions of books currently copyrighted and distributed by Vietnamese publishing houses.

According to Nguyen Thanh Nam, deputy director of Tre Publishing House, several books being sold in an audio format on the market are copyrighted by Tre.

The publisher said it has never granted any individual or company the right to record audio versions of its books.

“Therefore, if there are audio files of Tre’s books on the market, they must have been unlawfully recorded,” Nam affirmed.

He added that publishing houses spend a lot acquiring the copyright on foreign books and paying professionals to translate the works into Vietnamese.

Meanwhile, some dishonest parties are making illegal money by recording audio versions of the books without permission, he said.

According to lawyer Nguyen Van Nam, publishing houses can demand those who illegally compile the audiobooks to pay for the copyright.

In reality, it is not always easy to take legal action against such businesses, which advertise their products mostly on Facebook and YouTube.

An author in Ho Chi Minh City told Tuoi Tre that he once contacted a Facebook Page that offers such 'USB books' out of curiosity.

The writer said he was immediately blocked by the Page after inquiring whether the business owned the copyright on the books it was distributing.

Tuoi Tre reached out to a representative of one of these audiobook businesses and was told by the owner that she and her team were working with local publishers on the copyright issue.

However, she said, the negotiation process is complicated and might take a long time.