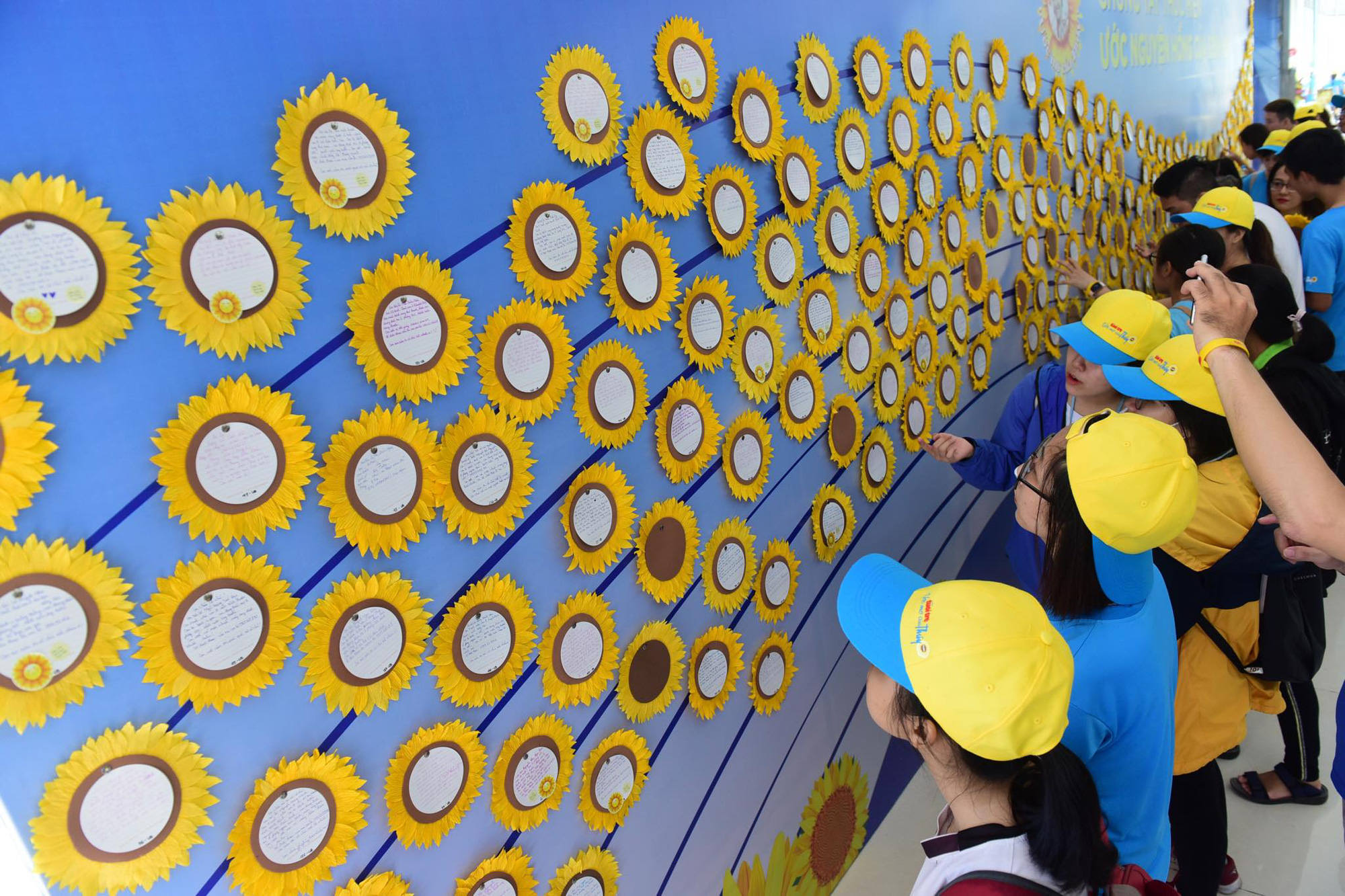 A series of meaningful activities as part of the Tuoi Tre (Youth) newspaper-sponsored Sunflower Festival in Ho Chi Minh City has fundraised more than VND1.5 billion (US$64,400) for children with cancer in Vietnam at this year's edition.

This year’s festival in the southern metropolis kicked off with a four-kilometer charity run at the Ho Chi Minh City Student Cultural House, located in the premises of the Vietnam National University-Ho Chi Minh City in Thu Duc District, at 7:15 am on Sunday.

Themed ‘For the Sunflower Warrior,’ the run saw the participation of approximately 7,000 people of various ages.

After only 15 minutes, the first participants had already made it to the finish line.

“I signed up as soon as I heard about the campaign two days ago. I am very happy to be able to support children with cancer through this activity,” Truong Hong Huu, who was the first to complete the run, remarked.

The first 10 participants who crossed the finish line also raised a total of VND100 million ($4,300) for the young cancer patients thanks to Nutifood.

Aside from the charity run, young volunteers also set up many souvenir and handicraft stalls to help raise the fund.

At another corner, people were queuing up for their turn to donate blood that will be helpful in the treatment of the children.

The festival also featured the wishes of many young cancer patients, which were handwritten by themselves onto countless sunflowers made from colorful papers.

Participants were free to select the wishes that they could help make into a reality.

There was also a gallery that showcased the paintings made by pediatric cancer patients as well as photographs capturing their journeys of fighting the disease.

About 160 scholarships valued at VND5 million ($216.65) each were presented to cancer-stricken children who are healthy enough to attend school at the event.

The Sunflower Festival is held on a yearly basis by Tuoi Tre and the Vietnam Youth Federation to commemorate the death of Le Thanh Thuy, a high school girl famous for her long fight against bone cancer prior to her surrender on November 2, 2007.

It also promotes the work of 'Thuy’s Dream Foundation,' set up by Tuoi Tre to support children with cancer.

A total of more than VND45 billion ($1.9 million) has been fundraised thanks to the annual event in the past 12 years.