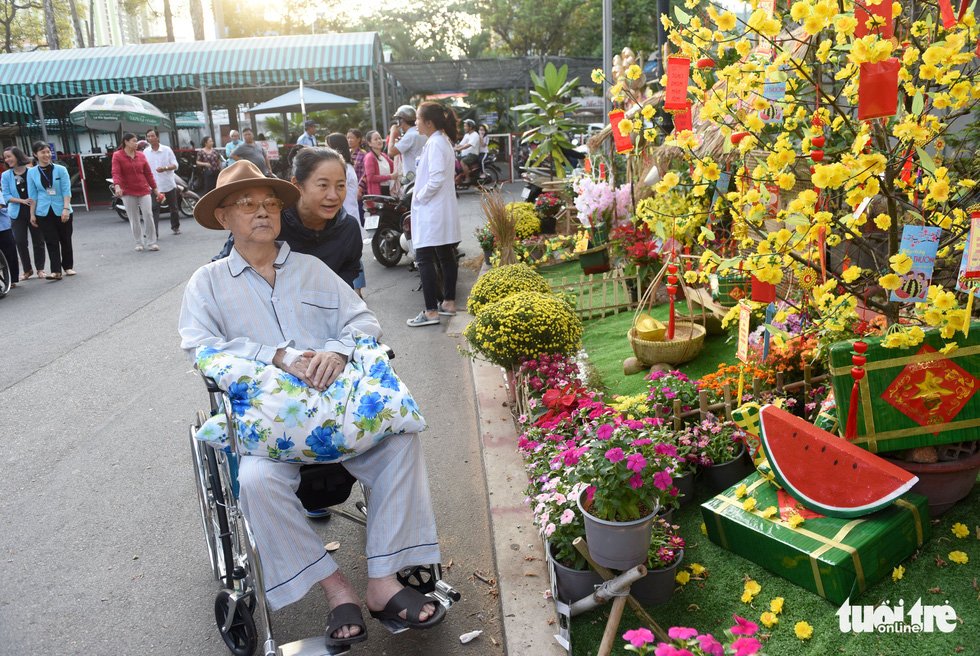 Cho Ray Hospital in Ho Chi Minh City on Tuesday inaugurated the first-ever ‘flower road’ on its premises to both welcome the coming Lunar New Year and help patients soothe their pain and homesickness.

The ‘flower road’ snakes through the main internal walkways at the hospital, creating a vibrant atmosphere.

Such floral roads are often built in Vietnam when the Lunar New Year festival approaches.

Due late this month, the fest is considered the biggest celebration in the Southeast Asian country.

Medical staff together with patients’ families built the colorful road in order to beautify the hospital while to some extent relieving the pains of the patients and easing their homesickness.

“Everyone was pleased with the idea when it was mooted,” said Bui Phu Quang, chaiman of the Cho Ray trade union.

“The families of our patients also joined hands with medical staff to make the ‘flower road’ and decorate the surroundings.”

Floral ornaments along the road symbolize joy, happiness, and peace for everyone in the coming new lunar year, which is the Year of the Rat and officially begins on January 25.

“I’ve never walked along a floral road before as I live in the countryside,” Truong Thi Kieu, from the Mekong Delta province of Soc Trang, said when caring for her mother at the hospital.

“I’ll take my mom to the road for some pictures.”

The road will be in place until January 28.

Serious cases from hospitals around the southern region, and even the country, are normally transferred to Cho Ray as the last resort in Vietnam.