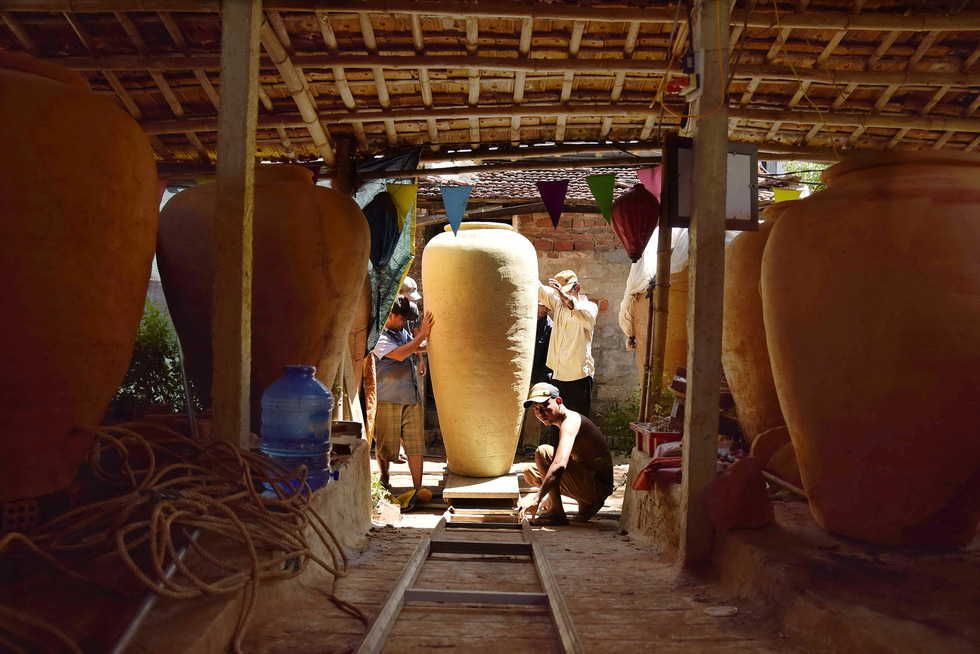 The flame of passion lives on with the ambitious ceramics project of 61-year-old artisan Nguyen Van Chin in the esteemed pottery village Thanh Ha of Quang Nam Province, located in central Vietnam.

Chin’s workshop is gearing up to take on an order for some unusually extravagant pottery: they need to make pots of two meters in height, one meter in width, and above 200 kilograms in weight each.

The kilns used for this unusual project have to be 'makeshift' ones built specifically to match the dimensions required rather than traditional ovens, according to the kiln builder crew.

This order presents countless struggles for the artisan, with the transport of the enormous pottery pieces in and out of the kiln being chief among them.

Despite the challenges, Chin’s dedication does not falter as he aspires to elevate the art of pottery making.

He also wishes to devote his efforts to reinvigorating the time-honored craft village where he was born, as well as challenging himself and achieving new milestones in his career.

Le Thi Mot, who is herself a veteran pottery artisan in Thanh Ha Village shows her admiration for Chin’s craftmanship: “Many others in the village did not believe that Chin could make it. What he did is incredible, for none [of us] have ever succeeded with such large pottery.”

There have been times in Chin’s pottery career when he considered leaving the trade behind, yet in the end ceramics always remained his true calling.

Three years ago, Chin taught himself to make handicraft pottery, promoting it along with the tourism of the village.

Now, this batch of pots holds the record for the largest pottery in Chin’s career, as well as in the history of the 500-year-old craft village.