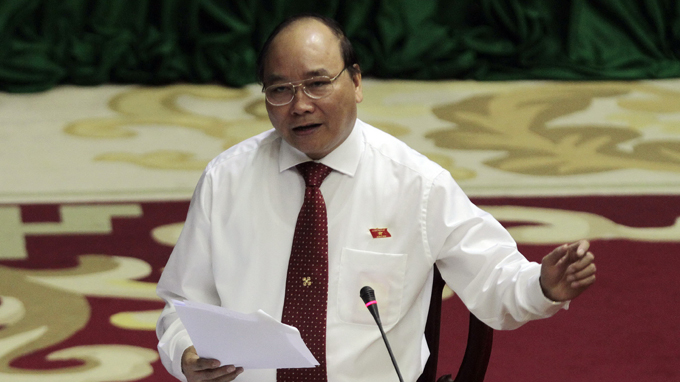 Visiting Deputy Prime Minister Nguyen Xuan Phuc told his Korean host that Vietnam attributes much importance to its strategic partnership with the Republic of Korea (RoK). The deputy PM made the statement at a meeting on Tuesday with Speaker of the RoK’s National Assembly (NA) Kang Chang-hee as part of the Vietnamese official’s visit to the country. Phuc also highly valued recent progress in the two countries’ partnership, especially after recent visits made by the leaders of the two legislative bodies.

The deputy PM suggested that the RoK continue supporting the Vietnamese community in the country, particularly Vietnamese brides, to stabilize their lives and strengthen their integration in the community. Both countries should continue to create favorable conditions for the two sides’ competent agencies to effectively implement the agreements they have reached.

Meanwhile, Kang Chang-hee highly valued Vietnam’s achievements in its reform process, and expressed his hope that the two countries will further boost exchanges and cooperation between the two National Assemblies.

The official also affirmed that the RoK legislative body will further facilitate the growth of the strategic partnership between the two countries.

Both host and guest agreed that the two sides need to enhance their friendship, mutual understanding and trust, and promote people-to-people diplomacy.