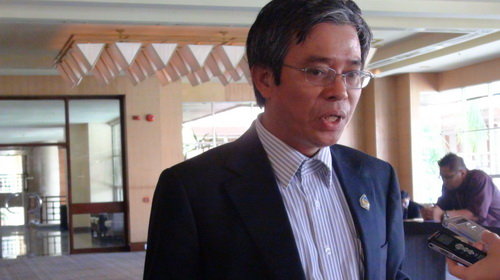 Vietnam and the U.S. have made considerable progress in bilateral ties over the past two decades and will continue beefing up their comprehensive partnership in the future, Vietnamese Ambassador Pham Quang Vinh has said. Ambassador Vinh made the statement at a press briefing in Washington, D.C. on Monday following a ceremony to mark the 20th anniversary of diplomatic relations between Vietnam and the U.S., according to the Vietnam News Agency. He said the two sides have agreed to boost cooperation in various fields, including politics, diplomacy, economic affairs, regional collaboration, climate change response, and disaster relief. A historic milestone in the rapport between Hanoi and Washington was hit when Party General Secretary Nguyen Phu Trong visited the U.S. for the first time and met with U.S. President Barack Obama in the White House on July 7, 2015, the diplomat said.

During Party leader Trong’s visit, both sides issued a Joint Vision Statement and set out orientations to step up the bilateral relationship, Ambassador Vinh said.

Despite differences, Vietnam and the U.S. will continue their efforts to bolster their partnership for the benefit of both peoples.

Addressing the event, U.S. Senator John McCain, Chairman of the Senate Committee on Armed Services, said the progress achieved by the two countries since they normalized their relationship in 1995 has developed beyond imagination.

Over the past decades, bilateral ties have grown in various fields, especially economic affairs and education, Senator McCain said. Currently 17,000 Vietnamese students are studying at universities and colleges in the U.S., higher than the number of students from any other Southeast Asian country, which leads to Vietnam ranking eighth among nations sending students to the U.S.