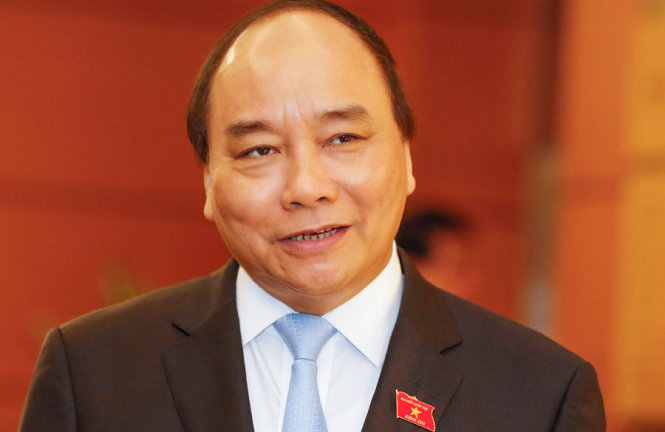 Vietnam’s lawmaking National Assembly has finished the approval process for filling its top three leadership positions, after selecting a new head of government on Thursday.

Nguyen Xuan Phuc won a 90.28 percent approval vote to become the Vietnamese prime minister for the 2016-21 term. He will succeed Nguyen Tan Dung who has led the government for the past two consecutive five-year terms since 2007.

Following the appointment, the newly elected premier made an oath of allegiance to the country, people, and constitution.

Prime Minister Phuc was born in 1954 in the central province of Quang Nam.

Phuc’s résumé includes assuming top positions in Quang Nam’s administration and Party Committee, serving as Minister-Chairman of the Government Office, and working as Deputy Government Inspector General. He was Vietnam’s deputy prime minister during the 2011-16 tenure.

The selection of the new premier marks the completion of the selection process for the three most important positions in the Vietnamese leadership for 2016-21, including National Assembly Chairwoman Nguyen Thi Kim Ngan and the new head of state, President Tran Dai Quang.

On Saturday, the legislature will vote in three new deputy prime ministers and 19 new heads of ministries.