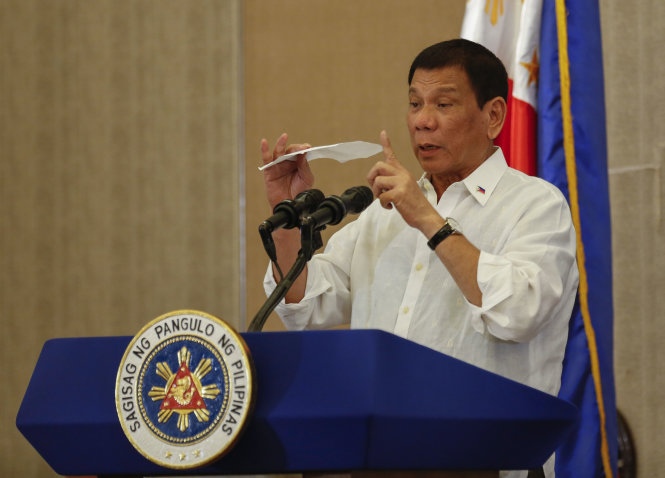 What can President Duterte learn from Vietnam?

Editor’s note: Eduardo Araral is Vice Dean (Research) and Associate Professor at the Lee Kuan Yew School of Public Policy (Singapore). He has lectured for more than 3,000 government officials from over 30 countries including China, India, Russia, Indonesia, Singapore, North Korea, Kazakhstan, Ethiopia, Myanmar and many others.

When President Duterte lands in Hanoi for his state visit, he will be greeted by a gleaming new airport, a 10-lane expressway with hundreds of large factories on both sides of the road, a very fast internet connection and millions of motorcycles. Vietnam has come a long way as a war-ravaged country in the 1980s to become today one of the world’s most successful developing economies.

The President might wonder if there are any lessons to be learned from Vietnam. I suggest three relevant lessons. I learned these lessons from having travelled to Vietnam 40 times in the last eight years, where I taught more than a thousand senior Vietnamese officials and served as an adviser to the government.

The first lesson is about economic development. Vietnam’s economy grew at an average rate of 7 percent in the last 20 years. At this rate, its economy grew by almost 14 times and its income per capita by almost 10 times. As a result, poverty rates dropped from 60 percent in the 1990s to around 20 percent today. The rapid rise in the income of its households can be attributed to jobs from export-driven manufacturing and agriculture. From famine in the late 1980s, today it is one of the world’s top exporters of rice, fisheries and coffee. In fact, the Philippines very much depends on Vietnam for its rice supply. Today Vietnam is doing much better than the Philippines as a hub for manufacturing. Indeed, growth and economic development are an obsession among Vietnamese officials. Vietnam is a good example of the “economics first, politics second” motto.

The second lesson is pragmatism. Vietnam is a good example of liberalizing the economic provision of the Philippine Constitution. Vietnam is not only a staunchly nationalist country but also a pragmatist one. It is the only country that fought and defeated both the French and the Americans and routinely stands up against China. After defeating the U.S. in 1975, Vietnam realized that its economic model has only produced famine and hyperinflation. In 1987, it turned around from its ideological moorings, liberalized its economy and welcomed foreign investments. It fought a long and bitter war with the U.S. at a cost of millions of lives. Today, Vietnam is the most enthusiastic supporter (and main beneficiary) of the U.S.-led Trans-Pacific Partnership Agreement.

Vietnam has a-thousand-year-old animosity towards China – which it still has today in the [East Vietnam Sea] – but it does not let this hamper its economic relations with its bigger neighbour. Today, at US$50 billion, China is its biggest trade partner. Vietnam also tried the route of industrialization by building ships and steel foundries only to fail massively because it lacks comparative advantage and because of corruption. Today Vietnam has abandoned its efforts at nationalist industrialization, downsized its state-owned enterprises and relied more on the private sector as the main engine of growth. Vietnam is a good example of Deng Xiaoping’s proverb: it doesn’t matter that the cat is black or white as long as it catches the mouse.

A third lesson is decentralization. Vietnam is a good justification for a more decentralized structure of government in the Philippines. Economic development in Vietnam is driven by intense competition among its highly decentralized provinces, cities and regions. The provinces get as much as 70 percent of the national revenue and enjoy considerable autonomy in decision-making on economic development. Each province and city compete with each other to attract investors. There are three major drivers of the economy – Hanoi in the north, Da Nang in the center and Ho Chi Minh City in the south. The leader of Ho Chi Minh City is more powerful than cabinet ministers.

Today, the Socialist Republic of Vietnam is a poster child of one of the most successful economic reforms in the world. President Duterte should send his economic advisers to take a closer look at Vietnam.