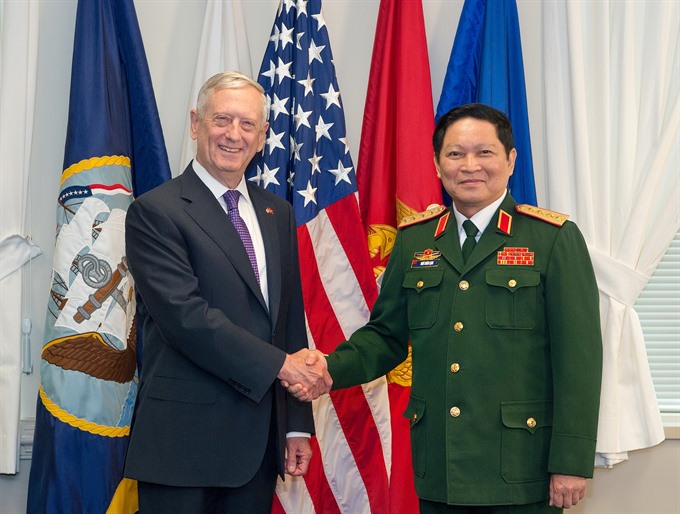 ​US aircraft carrier to visit Vietnam next year

A United States aircraft carrier is expected to pay a visit to Vietnam as soon as next year, according to an announcement following a recent meeting between military leaders from the two nations.

Vietnamese Ministry of National Defense Ngo Xuan Lich joined talks with U.S. Secretary of Defense James Mattis in Washington D.C. on Tuesday, as part of his visit to the North American country from August 7 to 10, the Vietnam News Agency reported.

During their conversation, the two officials reached consensus that a U.S. aircraft carrier would visit the Southeast Asian nation at the beginning of next year.

It will be the first visit by a U.S. carrier to Vietnam since 1975.

The trip was planned to build on the mutual trust between the two nations’ peoples and militaries while contributing to the advancement of friendship and bilateral defense and security cooperation.

At the meeting, Lich stated that Vietnam considers the U.S. one of its most important partners and seeks to prioritize the development of bilateral ties based on the principles of equality, respect for political regimes, independence, sovereignty, and the territorial integrity of each country.

On the afternoon of the same day, the Vietnamese minister paid a visit to the U.S. Coast Guard.