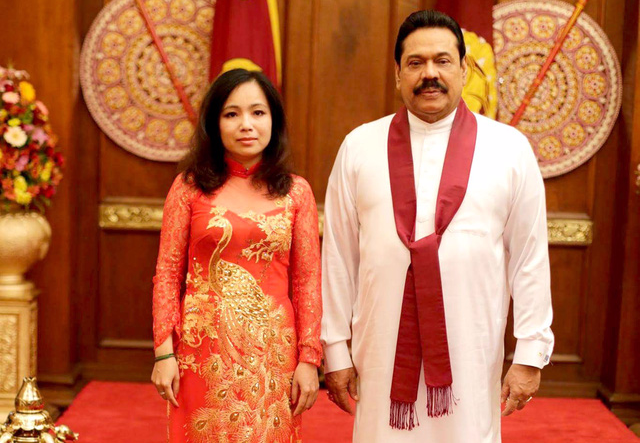 A Vietnamese diplomat has been elected as the 7th Secretary General of the Colombo Plan.

Phan Kieu Thu, former ambassador to Sri Lanka and the Maldives, has assumed the post of Secretary General of the Colombo Plan for a four-year tenure, Vietnam’s Ministry of Foreign Affairs confirmed on Wednesday.

Thu, 46, was appointed the Vietnamese ambassador to Sri Lanka and the Maldives in July 2014 by former Vietnamese State President Truong Tan Sang.

She is a professional diplomat with experience in several important positions in Vietnam’s foreign ministry and representative offices in foreign countries.

The Colombo Plan for Cooperative Economic and Social Development in Asia and the Pacific was initiated by the UK at the Commonwealth Conference on Foreign Affairs in Colombo, now the commercial capital of Sri Lanka, in January 1950.

It was launched on July 1, 1951, by founding members Australia, New Zealand, India, Pakistan, the United Kingdom, and Canada.

The current 27 official members use the forum as a medium for discussing development needs, sharing experience, implementing programs for socio-economic development, and supporting less developed countries in the region.

Since joining the organization in 2003, Vietnam has sent nearly 400 officials to attend training courses within the Colombo Plan’s cooperation programs in the fields of drug prevention, public administration, reproductive health, and environmental protection.