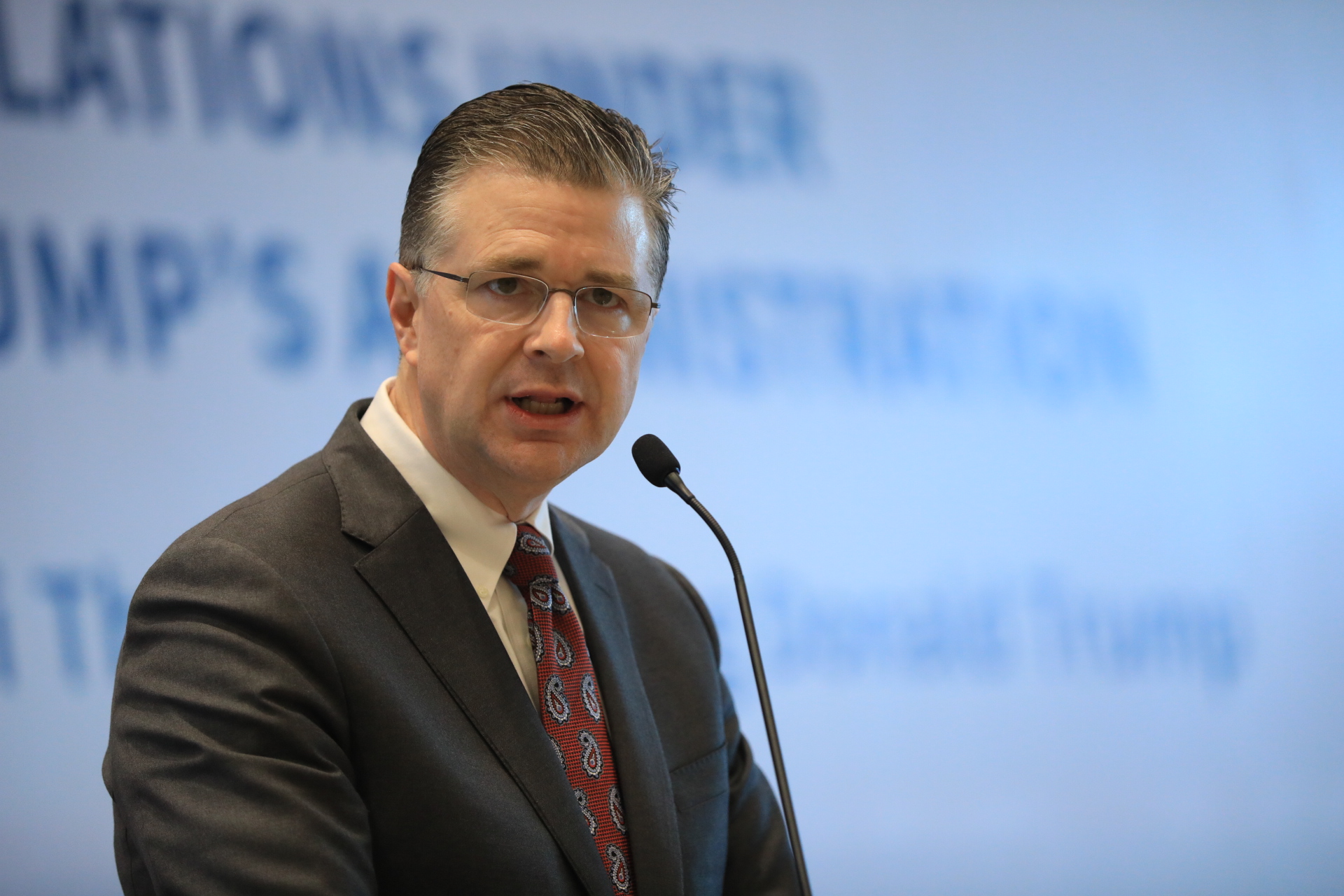 Kritenbrink, the successor to former U.S. Ambassador Ted Osius, was among the keynote speakers at a conference titled Vietnam – U.S. Relations Under President Donald Trump’s Administration.

Ambassador Kritenbrink emphasized that despite having a new administration in Washington, there will be no changes in the U.S.’s commitment to Vietnam.

Like several other countries in the Asia-Pacific, Vietnam has been on edge awaiting word of the Trump administration’s official stance on the region and disputes over the East Vietnam Sea.

While the U.S. devoted much of its outward attention in 2017 toward resolving North Korea’s nuclear threats, China used the opportunity to speed up its activities in the East Vietnam Sea and influence other countries through various economic initiatives with little intervention from Washington.

“While the U.S. retreats economically, China continues to push forward with the Belt and Road, the Lancang-Mekong project, and the AIIB,” said Murray Hiebert, a senior associate of the Southeast Asia Program at the Center for Strategic and International Studies (CSIS) in Washington, D.C.

“At the APEC [Leaders’ Week], you of course heard Donald Trump talk about America First, and you heard Xi Jinping talk about globalization."

Experts at the conference agreed that China’s rise, along with the United States’ unclear stance on the East Vietnam Sea, has made a significant impact on bilateral relations between Hanoi and Washington.

Dr. Nguyen Vu Tung, president of the Diplomatic Academy of Vietnam, wondered aloud during the panel discussion on how the ‘China factor’ might influence the Vietnam – U.S. relationship during the Trump era.

The four key issues mentioned by Tung in which China could drive a wedge between the U.S. and Vietnam include China – U.S. relations, territorial disputes in the East Vietnam Sea, the unity and central role of the Association of Southeast Asian Nations (ASEAN) in regional initiatives separate from the influence of major countries, and the influence of economic powerhouses such as India and Japan.

While the U.S. has been conducting freedom of navigation operations (FONOPs) in protest at China’s claims over the East Vietnam Sea, Washington also considers Vietnam as the only ASEAN country taking a tough stance on territorial disputes in the region.

Former U.S. President Barrack Obama’s administration made several inroads in the Vietnam – U.S. relationship, particularly through lifting the ban on sales of lethal weapons to the country in 2016.

Despite President Trump’s unpredictable actions, “the new era is not all about Trump," according to Evan Medeiros, managing director and practice head for Asia at Eurasia Group and former senior director for Asian affairs at the White House's National Security Council (NSC).