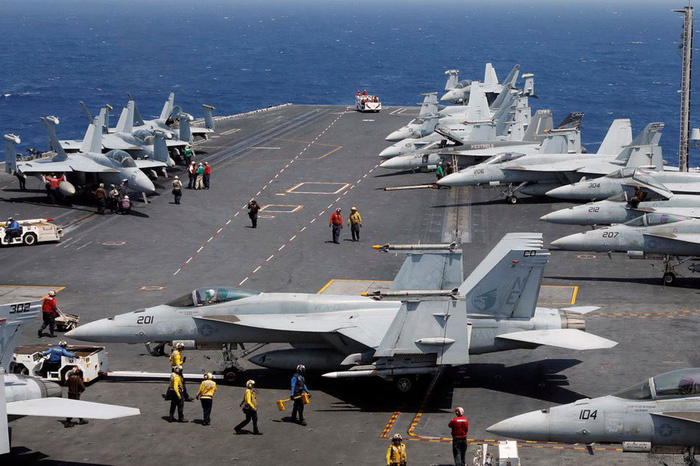 A U.S. Navy aircraft carrier will dock in Vietnam’s central city of Da Nang next week for a goodwill visit aimed at boosting the two countries’ ties, the spokesperson of the Vietnamese foreign ministry said Thursday.

Hang said a number of activities are scheduled for the visit, including a welcome ceremony, a press conference, courtesy visits, technical exchanges, sports matches, and various community activities.

The port call aligns with an agreement announced by the two countries in the joint statement issued during U.S. President Donald Trump’s visit to Vietnam in November 2017, she added.

The event will also serve as an opportunity to contribute to the maintenance of peace, stability, security, cooperation, and development in the region, according to the spokesperson.

On Wednesday, the Da Nang border soldier unit held a meeting to adopt measures to ensure safety and security during the visit.

Several agencies have been assigned to secure various aspects of the event, including immigration, surveillance, safety, and security for the 6,000 member crew aboard the warships, according to the Vietnam Government Information Facebook page.

The historic visit is being referred to by international media as the largest military presence by the U.S. in Vietnam since the war ended in 1975.