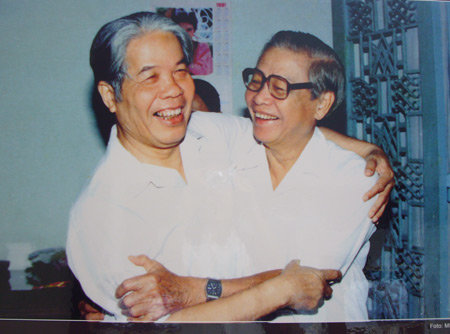 ​Vietnam’s former General Secretary Do Muoi passes away at 101

Vietnam’s former Party chief Do Muoi passed away at a hospital in Hanoi due to serious illness on Monday night, according to the National Commission of Health Services for Senior Officials.

Muoi, who was General Secretary of the Communist Party of Vietnam during the 1991-97 period, succumbed to his illness at 23:12 pm at the 108 Military Central Hospital, aged 101.

Information about the funeral will be announced later.

Muoi, whose real name is Nguyen Duy Cong, was born on February 2, 1917 in Dong My Commune, Thanh Tri District, Hanoi.

He became a member of the Party in 1939 and was recently presented with an insignia of 80-year Party membership.

He was appointed as General Secretary of the 7th Party Central Committee in June 1991 and reelected for another term in June 1996.

During his time in office, the former General Secretary played a significant role in connecting Vietnam with Western countries, as well as normalizing and strengthening Vietnam’s relationship with various nations.

He conducted important visits to Singapore in 1993, South Korea and Japan in April 1995, and Australia and New Zealand in September 1995.

Between 1988 and 1991, when he was chairman of the Council of Ministers, Muoi established crucial polices that were considered a breakthrough in the country’s effort to attract foreign investment.

The Lao Party and government on Tuesday extended condolences to their Vietnamese counterparts over the passing of the former Party chief.

“We highly value the achievements and great contributions of Comrade Do Muoi during the struggle for national independence in the past, as well as in the nation-building and construction of the country during the 80 plus years of his revolutionary career,” the Vietnam News Agency quoted a section of the message.