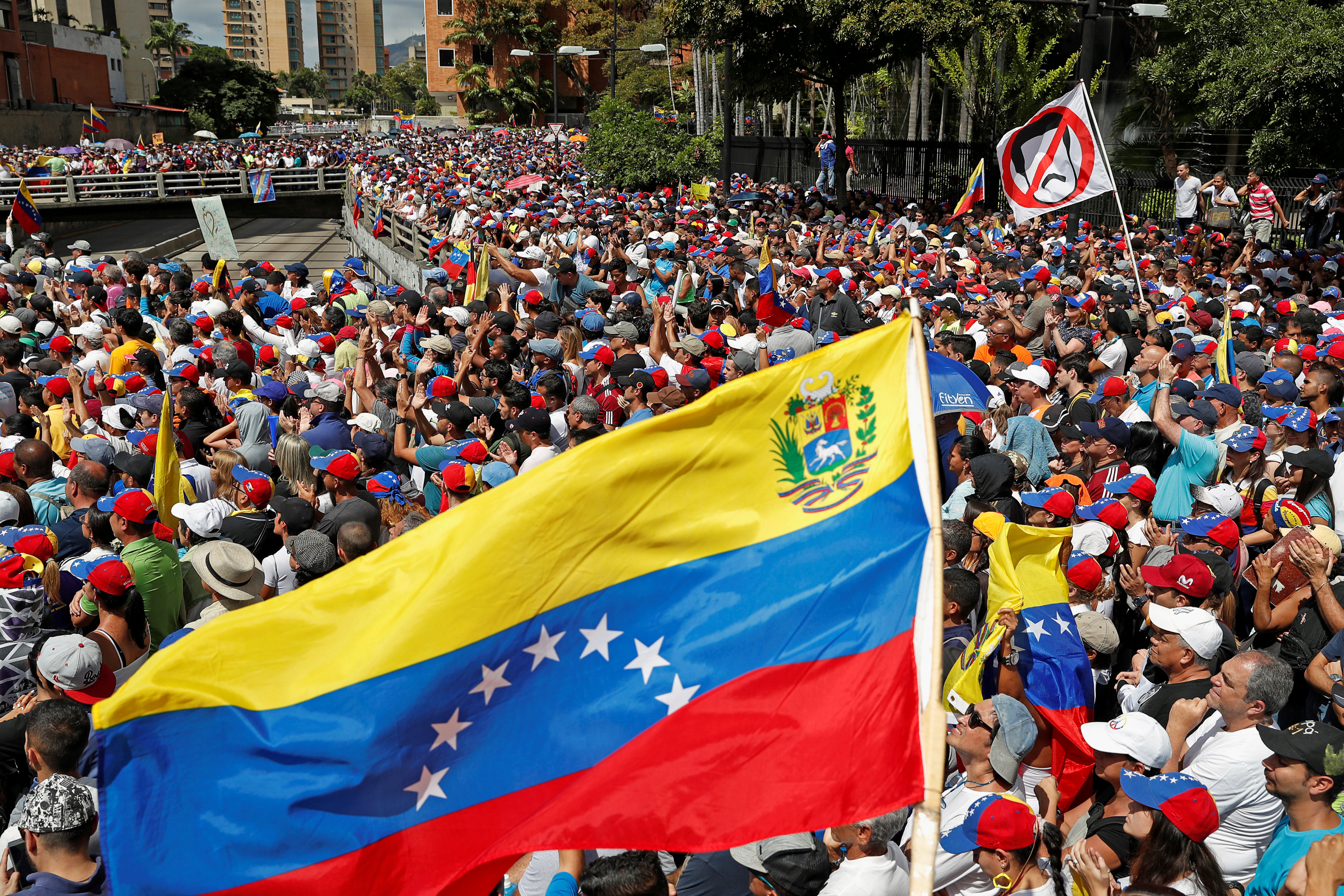 Vietnam is following the ongoing political crisis in Venezuela and hopes to see peaceful and stable development in the South American country, the Vietnamese foreign ministry’s spokesperson said Thursday.

President Nicolás Maduro is battling against congress leader Juan Guaidó for the presidency in Venezuela, with thousands of Venezuelans taking to the streets in a massive movement against the incumbent leader on Thursday.

Maduro was elected president in a vote last year, while Guaidó, now an opposition politician, declared himself interim president.

Asked to comment on the ongoing political crisis in the South American country, Le Thi Thu Hang, spokesperson of the Ministry of Foreign Affairs, said during a regular press conference in Hanoi on Thursday that Vietnam “always wishes for peace and stability in Venezuela.”

“Vietnam wants to promote friendly ties and multifaceted cooperation between Vietnam and Venezuela for the benefits of the two peoples, which would contribute to peace, stability and development in the region and in the world,” Hang was quoted by the official Vietnam News Agency as saying.

The Vietnamese foreign ministry would consider issuing appropriate warnings to Vietnamese citizens in case of emergency, according to the spokesperson.

At the same meeting, Hang was also inquired to comment on information widely speculated by foreign media that Vietnam would be the venue for the much-anticipated summit between U.S. President Donald Trump and North Korean leader Kim Jong-un.

Hang said Vietnam has yet received information on this, but Hanoi is confident that it is up to the task if asked, according to the Vietnam News Agency.

“I am confident in Vietnam’s capacity to hold international-level events, evidenced by the successful hosting of the APEC Summit in 2017 as well as other international conferences,” Hang said, referring to the Asia-Pacific Economic Cooperation (APEC) held in the central city of Da Nang in 2017 and the World Economic Forum on ASEAN organized in Hanoi last year, both of which assembled several world leaders.

The foreign ministry spokeswoman said the venue and the time for the U.S.-North Korea summit would be up for the two countries to decide, adding that Vietnam is willing and ready to make “positive contributions” to the maintenance of peace and stability and sustenance of dialogues on the Korean peninsula.

The White House earlier said that the second summit, following the landmark one in Singapore last year, would be held in late February and that a location has been decided but gave no further details.