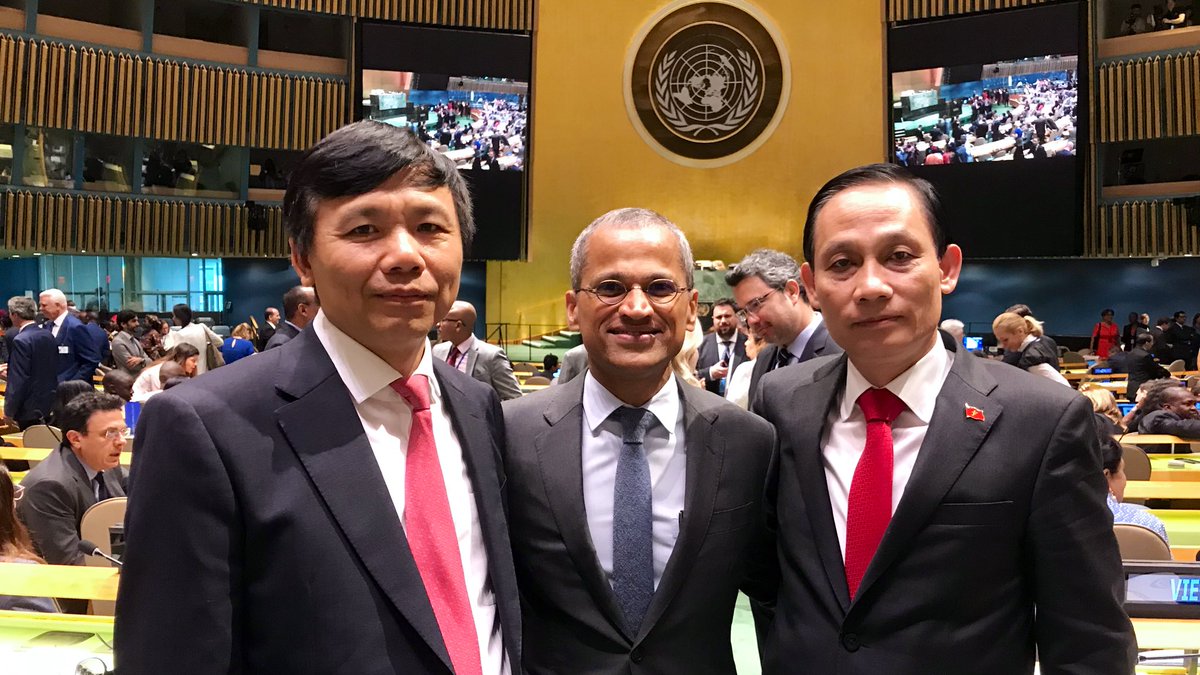 Singapore’s permanent representative to the United Nations Burhan Gafoor has congratulated Vietnam’s winning a non-permanent seat in the UN Security Council for 2020-21 in a Twitter post Friday.

“[I am] honored to cast vote for Vietnam, on behalf of Singapore,” the representative wrote.

“Singapore has excellent ties with Vietnam and we are confident they will serve with distinction,” he added.

Vietnam won the election to become a non-permanent member of the United Nations Security Council (UNSC) for the 2020-21 term with near unanimous approval, getting 192 votes out of the 193 UN members.

The voting was held during the 73rd session of the UN General Assembly at its headquarters in New York on Friday evening (Vietnam time).

Vietnam was the only candidate for non-permanent UNSC membership representing the Asia-Pacific region.

It needed only 129 votes, or two-thirds of the number of UN members, to win the seat.

This is the second time Vietnam has been elected a non-permanent member of the UNSC, having served its first term in 2008-09.

As one of the six major UN organs, the UNSC has 15 members, including five permanent and the remaining ten ones with two-year tenures.

It is the only UN organ to have the right to assess threats to peace and propose or decide on measures to maintain or restore global peace and security.

Vietnam, Niger, Grenadines, Tunisia and Estonia are set to replace Côte d'Ivoire, Equatorial Guinea, Kuwait, Peru and Poland which will finish their term at the end of this year.

Vietnam is announced winner of a UN General Assembly vote to select non-permanent members of the UN Security Council for the 2020-21 term. Video: UN TV

Gafoor’s congratulatory message came shortly after a statement by the Singaporean foreign ministry saying the city-state highly values its relations with Vietnam and Cambodia. The statement was issued on Friday night in the wake of a recent statement by Singapore’s Prime Minister Lee Hsien Loong accusing Vietnam of 'invading' Cambodia to overthrow the Khmer Rouge in 1979.

Both Vietnam and Cambodia have opposed to PM Lee’s remarks, with the former saying they “do not objectively reflect the historical truth” and the latter labelling such statements as “an insult to the sacrifice of Vietnamese military volunteers”.

In response, Singaporean Foreign Minister Vivian Balakrishnan told his Vietnamese and Cambodian counterparts during separate phone calls on Friday his PM did not mean to hurt either of the two countries with his comments, and that Singapore valued its relations with the Southeast Asian neighbors.