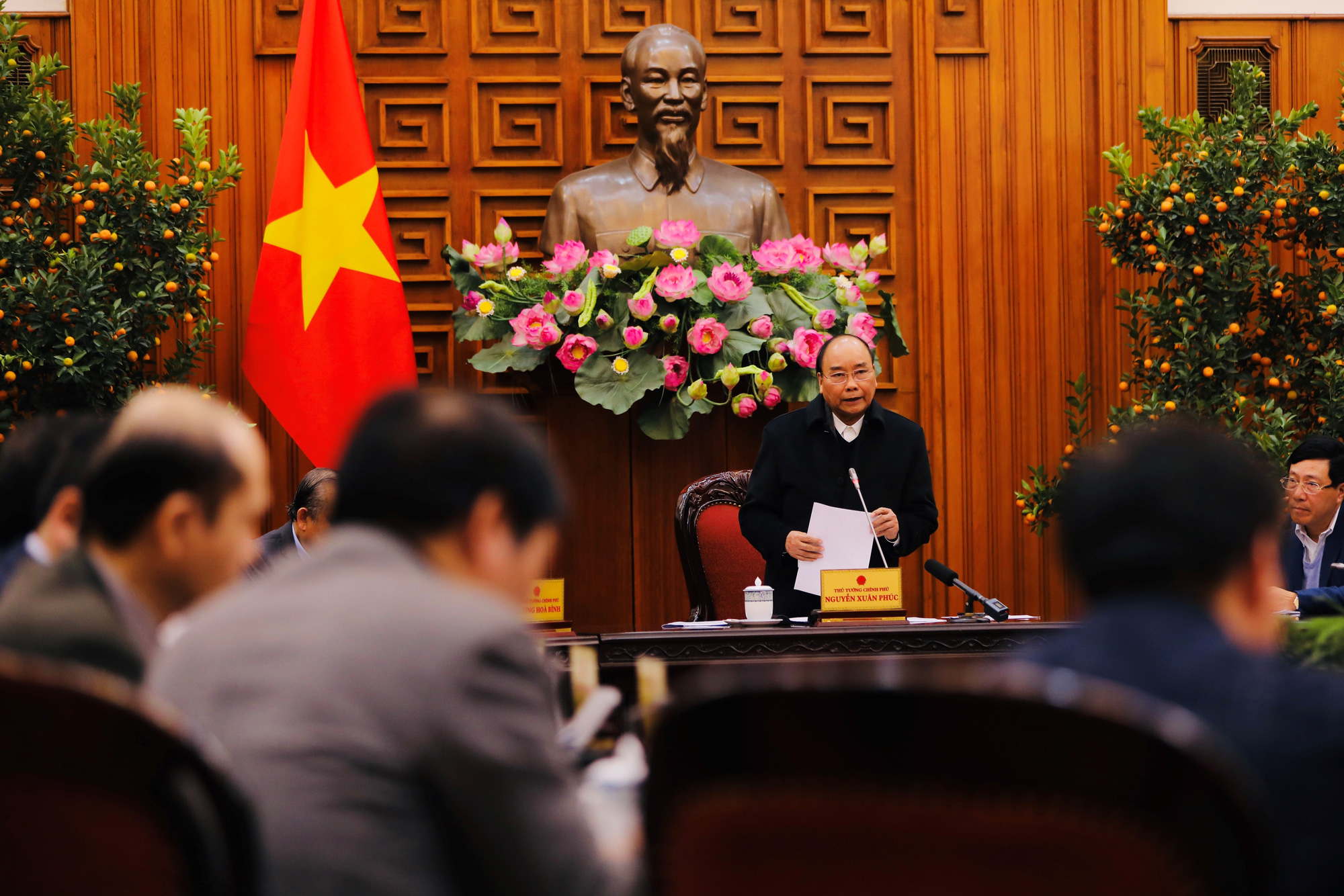 Vietnamese Prime Minister Nguyen Xuan Phuc chaired a working session in Hanoi on Tuesday afternoon to respond to the spread of the novel coronavirus (2019-nCoV) in the Southeast Asian country.

The gathering was attended by members of the national steering committee on preventing and combating the acute respiratory disease caused by 2019-nCoV, along with leaders of ministries and sectors.

At the session, PM Phuc urged ministries and localities to promptly implement measures to minimize the impact of the new virus on the country.

The premier praised the efforts of ministries, authorities, doctors, and experts in the quarantine and treatment of infected patients.

However, the development of the epidemic is still complicated, he continued, adding that it may peak over the next two weeks and can last several months.

More assertive and comprehensive measures must be taken to keep the situation under control, the leader stressed.

He told ministries and localities not to be pessimistic to avoid causing panic among the public.

The government leader required that all sectors and localities continue dealing with the disease, accepting the sacrifice of some economic interests to protect the health of the people.

At the same time, the government leader requested prompt measures for restructuring production and ensuring growth.

He tasked the Ministry of Health with building scenarios to cope with the disease without causing excessive anxiety among the public, while the Ministry of Science and Technology was asked to focus on studying the production of drugs and vaccines against the virus.

The Ministry of Culture, Sports, and Tourism must be stricter in managing festivals, he said.

The Ministry of Finance was told to prepare sufficient funding for epidemic prevention and control.

The novel coronavirus, which first surfaced in the Chinese city of Wuhan in December 2019, has caused 492 deaths and infected more than 24,500 people globally, most of whom are in mainland China, as of Wednesday.

Vietnam has confirmed ten infections so far, including seven Vietnamese, one Vietnamese American, and two Chinese.