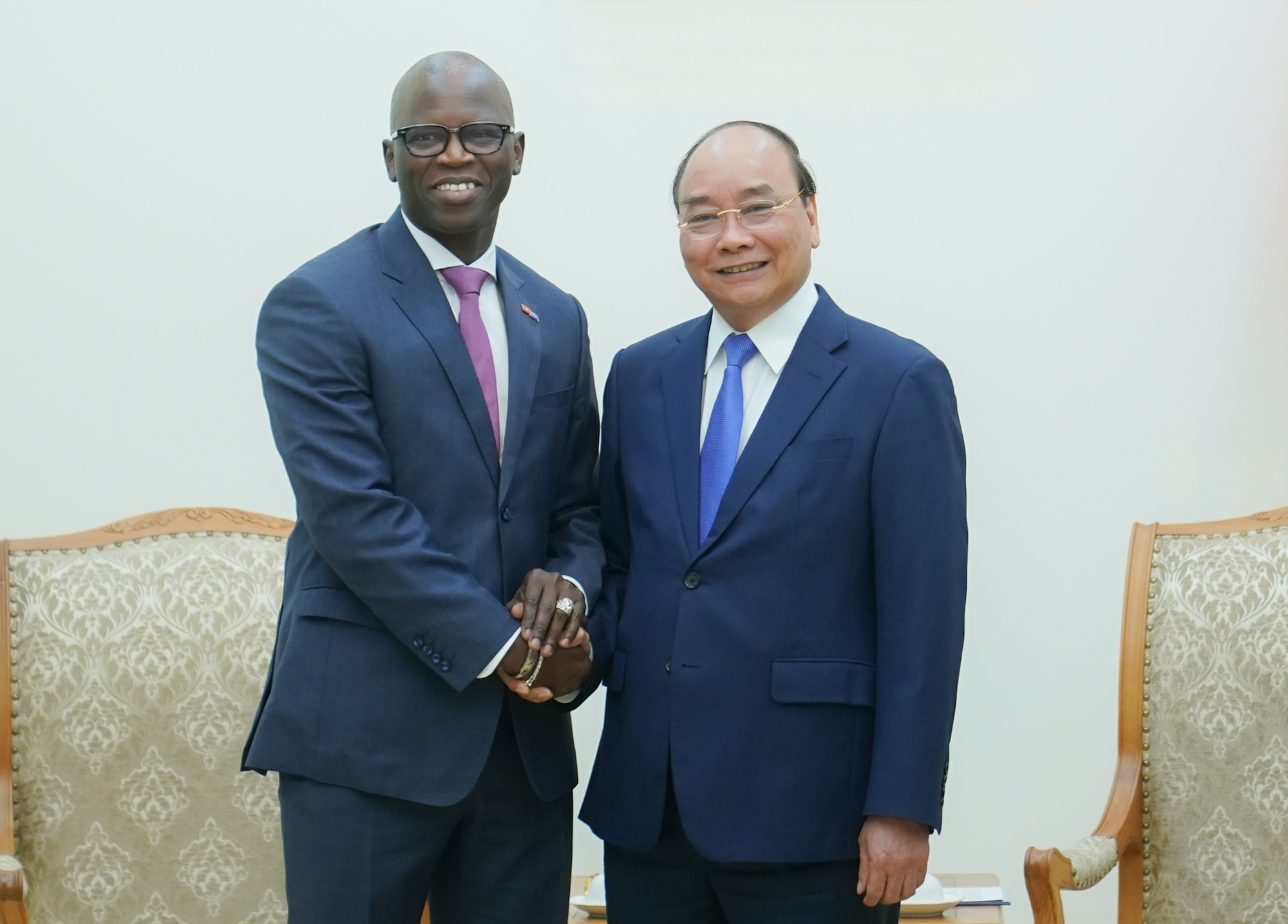 Vietnam has become a good example of novel coronavirus disease (COVID-19) response in the world thanks to drastic directions from the government, outgoing Country Director for the World Bank in Vietnam Ousmane Dione told Prime Minister Nguyen Xuan Phuc during a meeting in Hanoi on Monday.

During their conversation, PM Phuc thanked the WB for its important contributions to Vietnam’s development, including poverty reduction projects, supply of loans, and technical consultation to the finance-banking sector.

The premier extended his gratitude to Dione for being a close friend of Vietnam and an important link between the Southeast Asian country and the WB.

With his upcoming position as WB country director for four African countries, Dione will serve as a bridge to expand Vietnam’s exports to Africa, Phuc suggested.

Replying to his host, the WB country director said his four-year term in Vietnam has been a memorable time.

Dione said he had conducted 140 business trips to 34 Vietnamese provinces during his office, believing that Vietnam will soon become a middle-income country.

He congratulated Vietnam on becoming an example of COVID-19 response in the world thanks to drastic directions from the government.

Dione expressed his delight that the Vietnamese government has taken note of the WB’s policy recommendations and proposed that Vietnam further step up digital transformation, offer faster services to the public, and improve the operation efficiency of the state apparatus.

The Vietnamese premier thanked Dione for assisting Vietnam in graduating from the International Development Assistance (IDA).

The Ministry of Finance has been tasked with working with the WB on COVID-19 response loans, PM Phuc added.