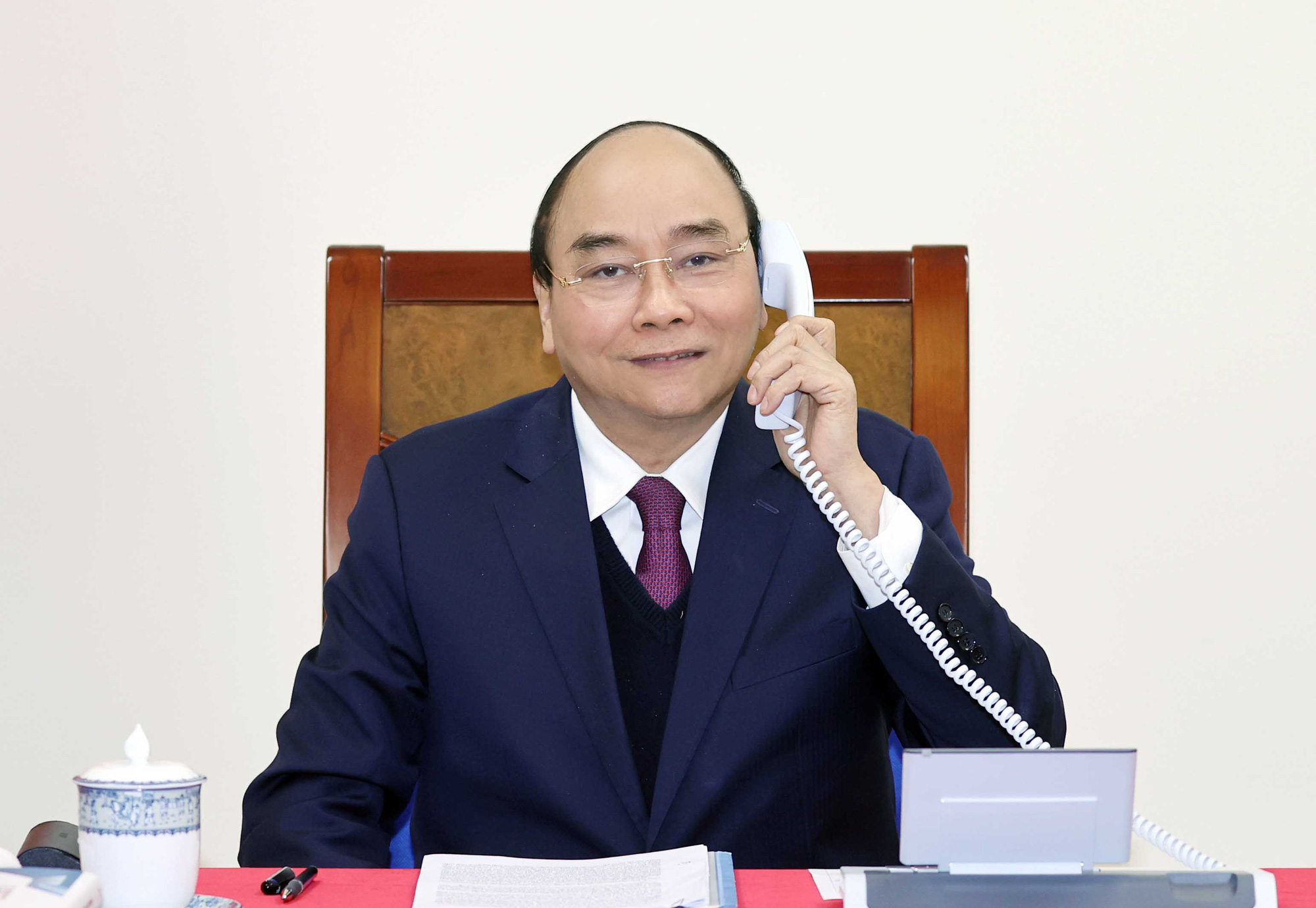 PM Phuc and President Trump discussed the U.S. Trade Representative (USTR)’s ongoing investigation into Vietnam's monetary policy and timber materials in accordance with Article 301 of the Trade Act of 1974, according to the Ministry of Foreign Affairs.

On December 16, the U.S. Treasury labeled Switzerland and Vietnam as currency manipulators, stating that through June 2020 both countries had intervened in currency markets to prevent effective balance of payments adjustments.

During their talks, Phuc stated that Vietnam, as a developing country with limited economic capacity, has pursued a monetary policy in favor of inflation control and macro-economic stabilization.

The monetary policy has not been designed to gain competitive edges in international trade, he stressed.

In that spirit, the two leaders agreed to assign their ministries and agencies to continue working together to comprehensively resolve the concerns of the U.S. and Vietnam, thus sustaining the two nations’ harmonious and mutually beneficial trade ties.

Both sides also agreed that bilateral cooperation has advanced robustly across all fields since the two nations set up diplomatic relations 25 years ago.

They believed that the bilateral ties will further deepen in a stable manner to bring more benefits to the two countries, while economic and trade cooperation will remain a focus and impetus.

A strong, independent, and prosperous Vietnam with an increasingly important role in the region is the aspiration of the Vietnamese people and is also in line with U.S. interests, PM Phuc said.

He congratulated President Trump on the successful development of two COVID-19 vaccines at breakneck speed. The U.S. leader affirmed he treasured the country and people of Vietnam and wished to visit the Southeast Asian nation again in the near future.