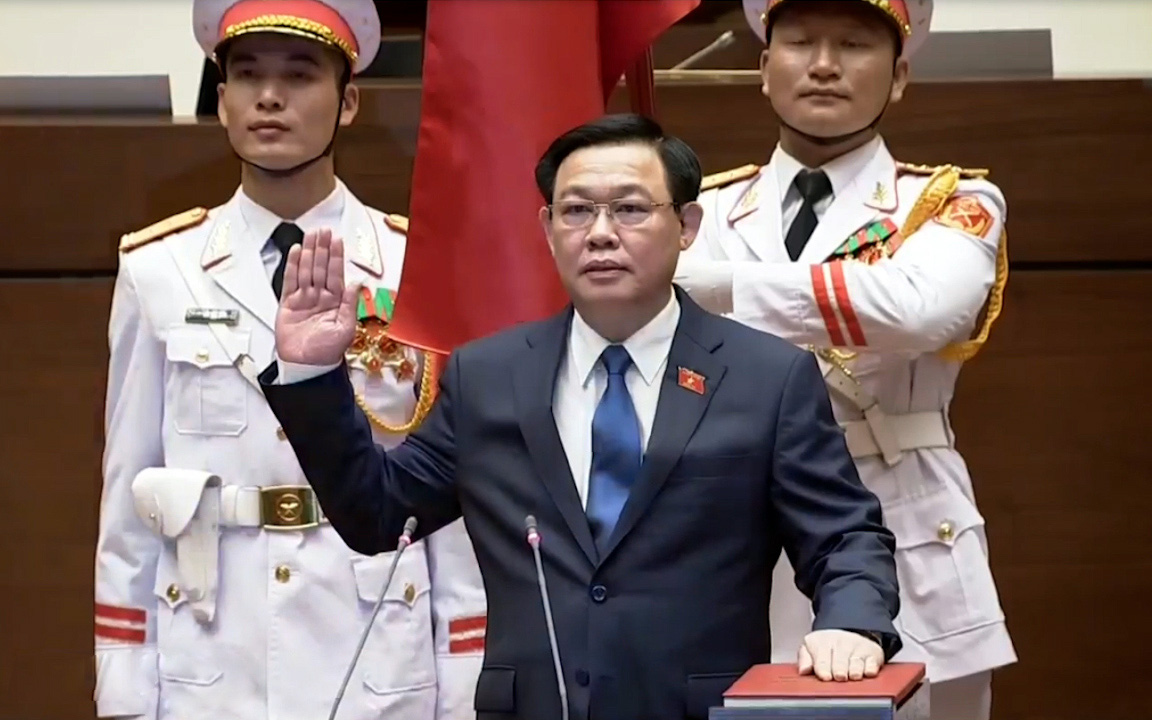 The election was carried out during the first session of the 15th NA, which opened in Hanoi on Tuesday morning and will last until July 31.

A total of 475 delegates, equivalent to 95.19 percent of the total number of lawmakers, voted yes, according to the Vietnam News Agency.

Following the election, Chairman Hue took the oath of office under the national flag and in front of the NA and voters nationwide.

He pledged to stay absolutely loyal to the nation, people, and Constitution of the Socialist Republic of Vietnam, and to exert great efforts to fulfill tasks entrusted by the Party, State, and people.

Born in 1957 in the north-central province of Nghe An, Hue is now a member of the all-powerful Politburo of the Communist Party of Vietnam.

He was elected as chairman of the 14th NA in late March, replacing Nguyen Thi Kim Ngan following her retirement.

The politician took office as the Hanoi Party chief in February 2020.

The legislature also adopted another resolution on the election of 13 members of the NA Standing Committee.