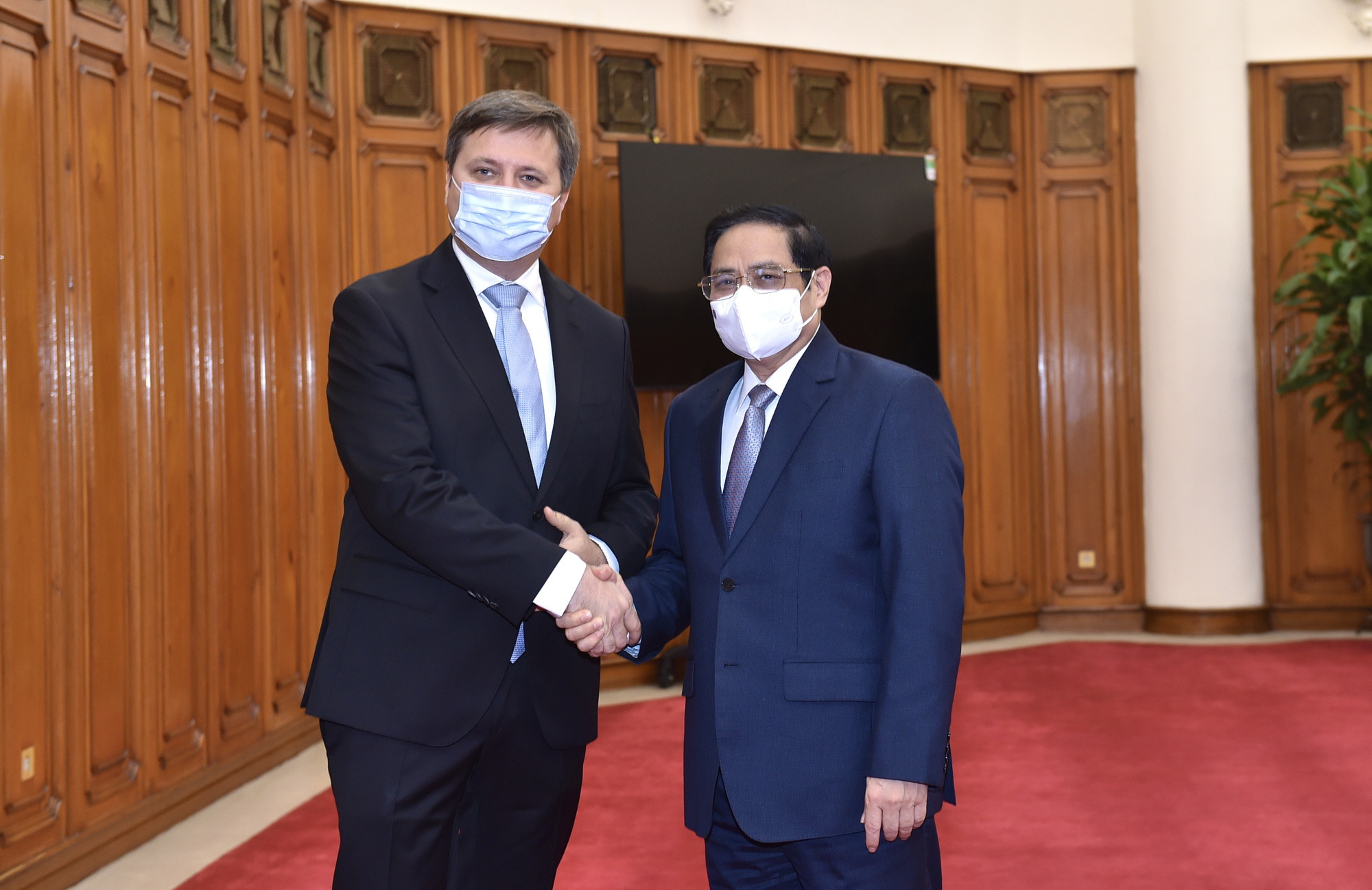 Poland has offered to gift Vietnam over 500,000 COVID-19 vaccine shots and is willing to transfer another three million doses to the Southeast Asian country.

During a meeting with Polish Ambassador to Vietnam Wojciech Gerwel in Hanoi on Tuesday, Prime Minister Pham Minh Chinh thanked the Polish government for the expected donation of 501,000 AstraZeneca vaccine shots and its willingness to transfer an additional three million doses to Vietnam.

Poland has also decided to provide Vietnam with medical equipment worth US$4 million, which is scheduled to arrive on August 25, according to the Ministry of Foreign Affairs.

The assistance reflects the traditional friendship and deep connection between the two peoples, PM Chinh stated.

Ambassador Gerwel affirmed that Vietnam is a priority partner of Poland in the region and is the first country outside Europe to receive COVID-19 vaccine and medical aid from Poland.

The diplomat praised Vietnam’s COVID-19 prevention and control efforts and expressed his belief that the nation will be able to control the pandemic.

Regarding bilateral cooperation, PM Chinh suggested that the two countries step up cooperation in such fields as investment, official development assistance, national defense, information technology, education and training, and culture.

The premier also asked the European nation to create favorable conditions for Vietnamese products to enter its market.

He thanked the Polish government for assisting Vietnamese expatriates in Poland in stabilizing their life, particularly amid this health crisis.

The host and guest discussed ways to further promote Vietnam-Poland cooperation at multilateral and regional forums.

On the occasion, PM Chinh invited his Polish counterpart to visit Vietnam, while the Polish diplomat conveyed similar invitations from the Polish president and prime minister to their Vietnamese counterparts.

Vietnam has so far received about 20 million COVID-19 vaccine doses through purchases, the COVAX Facility, and donations from other countries.

More than 15.2 million shots have been administered since inoculation was rolled out on March 8, with over 1.4 million people fully vaccinated.