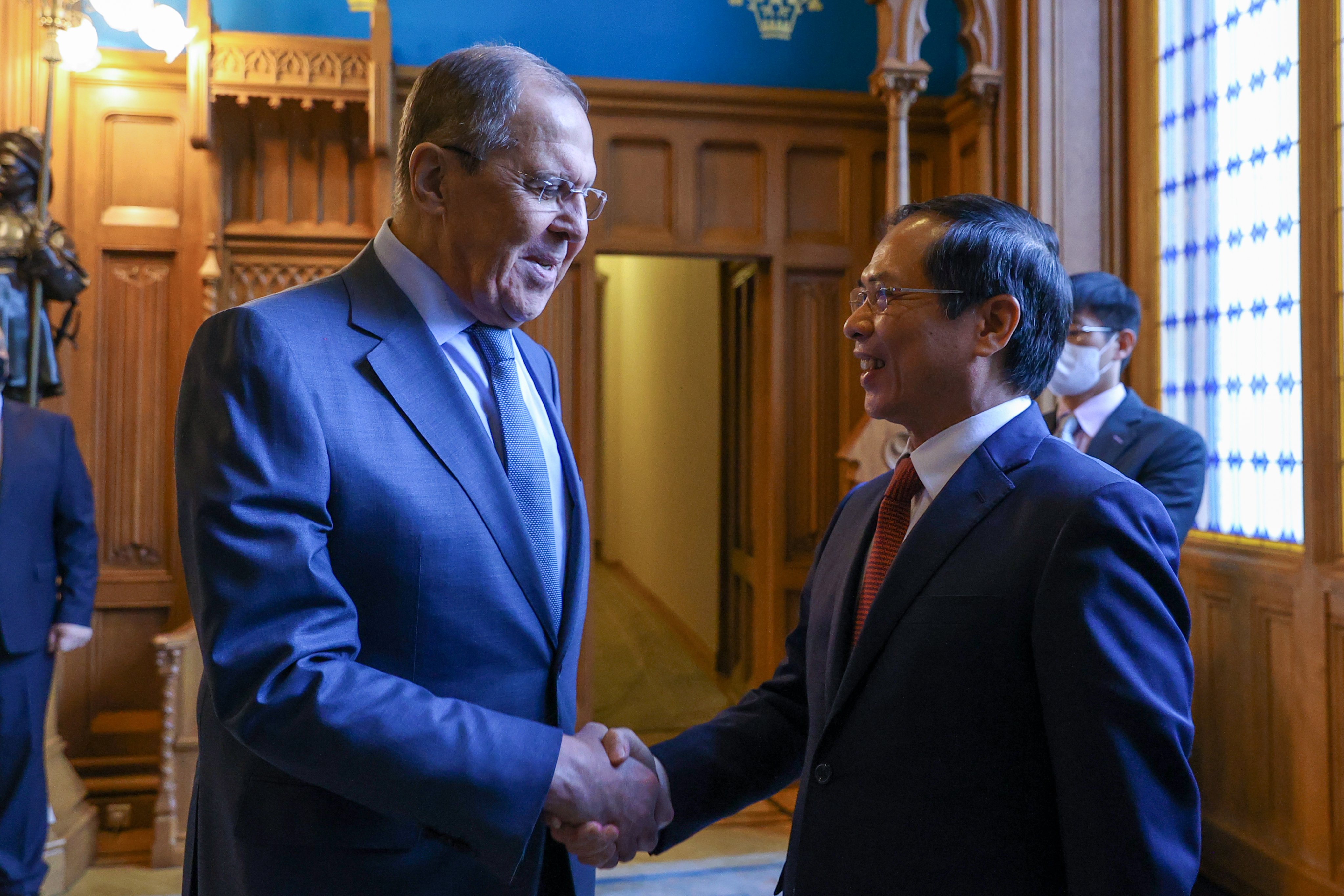 Vietnam's Minister of Foreign Affairs Bui Thanh Son has suggested that the Russian government accelerate support for the Southeast Asian country in the transfer of COVID-19 vaccine production technology.

Minister Son convened a meeting with Russian Minister of Foreign Affairs Sergei Lavrov in Moscow on Tuesday, as part of his official visit to Russia from September 25 to 28.

During their talks, the Vietnamese official stated that Vietnam always considers Russia as one of its most important and trustworthy partners.

Lavrov affirmed that Vietnam is a very reliable partner in his country’s foreign policy.

The two ministers agreed that the Vietnam - Russia comprehensive strategic partnership has been developing dynamically despite obstacles caused by the COVID-19 pandemic.

The political trust has been consolidated via online meetings and phone talks between senior leaders and officials from ministries and sectors of the two countries.

Growth has been sustained in economic and trade ties, with bilateral trade in the first half of 2021 rising 12.5 percent year on year to US$2.6 billion.

The two nations have been cooperating in the fight against COVID-19 by sharing medical supplies and equipment, according to the two ministers.

The two countries should further expand cooperation in medicine, space science, and management of natural resources, facilitate Vietnamese farm produce exports to the Russian market, and bolster ties and exchanges between their localities, he added.

The two officials consented that both sides will keep reinforcing coordination at important multilateral organizations and forums.

They affirmed ASEAN’s centrality and underlined the importance of upholding and complying with international law, including the 1982 UN Convention on the Law of the Sea, to ensure regional peace, stability, cooperation, and development.

Minister Son took the occasion to invite his counterpart to visit Vietnam in the near future.