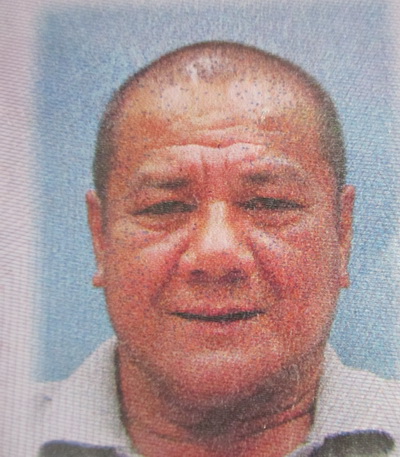 Police in Ho Chi Minh City are hunting for a Filipino man who allegedly stabbed his fellow countryman to death over a dispute arising from a Chinese chess game last Friday.

The wanted foreigner is 55-year-old Alexande Samot, often known as Rex, and his victim is Rebutoc Ronaldo Barilo, aka Bong, 40.

According to initial investigations, a quarrel broke out between Rex and Bong while they were playing a Chinese chess game that day.

The quarrel led to a fight between the two foreigners and Rex ran into the kitchen to take a knife. He then stabbed  Bong in the back with the knife, causing the victim to fall to the floor.

Rex then asked another Pilipino man, Michael Reyes, 37, who co-rented the house, to drive him away from the scene on a motorbike, but Michael refused.

Rex then threatened that he would stab Michael if the latter declined, so Michael eventually had to ride Rex out.

Rex later got off the motorbike, ran away into an alley and disappeared.

Meanwhile, locals took the victim to a hospital but he died on the way.

After the incident, Michael took his wife and children from the rented house to the home of his wife’s mother in Phu Nhuan District.

After Michael told his mother-in-law about the homicide, she took him to the local police.

HCMC police have called on the public to inform them about the whereabouts of the suspected killer at the nearest police office or via the telephone number 08.38387414.