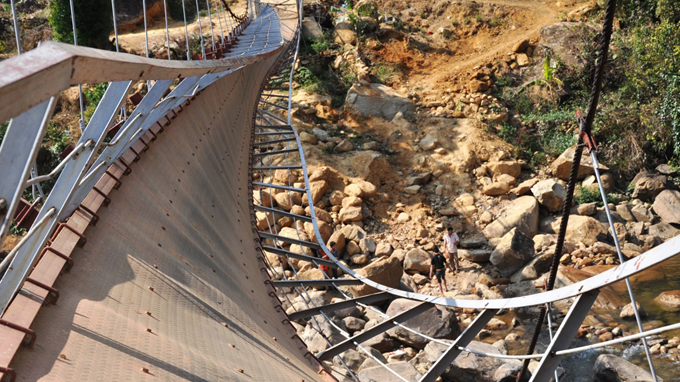 The Vietnamese Ministry of Transport has officially confirmed that faulty screws led the Chu Va 6 suspension bridge to collapse in the northern province of Lai Chau late last month, which left almost ten from a funeral procession dead and injured dozens of others.

The screws were wrongly designed and were not created in line with a proper technical process, according to an official conclusion the ministry announced on Tuesday.

The ministry also recommended police and authorities in Lai Chau launch a probe into this accident and press possible charges against individuals and organizations involved.

It has suggested that the Prime Minister should direct Lai Chau authorities to hold the contractor, design consultant, supervisor, investor, and the management board of the bridge project accountable for the collapse, according to newswire VnExpress.

Vietnamese media previously reported that eight people died and more than 30 others sustained injuries on February 24 when the cables of the Chu Va 6 suspension bridge broke, throwing a funeral procession of about 50 people who were carrying a coffin across it into a shallow rock stream down below.

The bridge collapsed only about one year after it was open to the public, in December 2012.