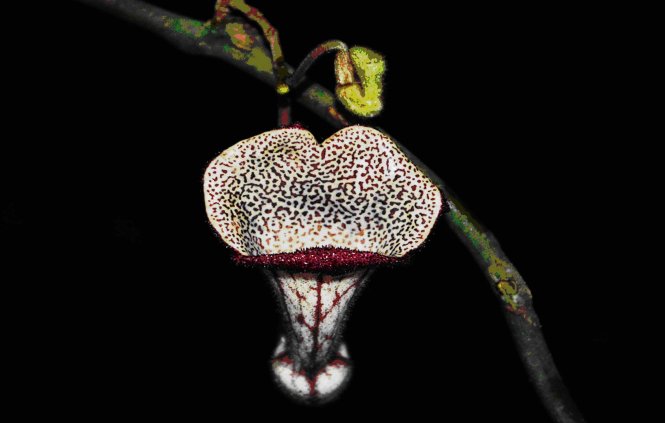 While studying the forest flora and fauna system in a natural reserve in the south-central province of Thanh Hoa, Vietnamese scientists have discovered a new species of plant.

>> Vietnamese “trà” flower recognized as world’s new species The discovery occurred at the Xuan Lien Nature Reserve in Thuong Xuan District thanks to researchers from the reserve, the Vietnam Institute of Ecology and Biological Resources, and the Vietnam Academy of Science and Technology, the reserve management reported. The new species has been named Aristolochia xuanlienensis, of which the second part includes the name of the reserve, “Xuan Lien”. The new species has been placed in the “Nam mộc hương” (Aristolochiaceae) family. The name of the new species is based on the characteristics of the area in the reserve where it was discovered, scientists said. After the finding, Vietnamese scientists coordinated with Chinese experts to analyze and compare the new species to ensure that it is different from every known plant species. Besides the Aristolochia xuanlienensis, Vietnamese scientists have found three other species that are new to Vietnam, including Lindera Megaphylla P.C, Kailarsenia Lineata R.Br and Didymocarpus Pupureobracteatus Smith. They have given the Vietnamese names of Lữ đằng đứng, Thủy thảo trắng and Song quả lá bắc tím respectively. The new plant discoveries significantly contribute to enhancing the biological diversity of Vietnam, and the world in general, scientists said.