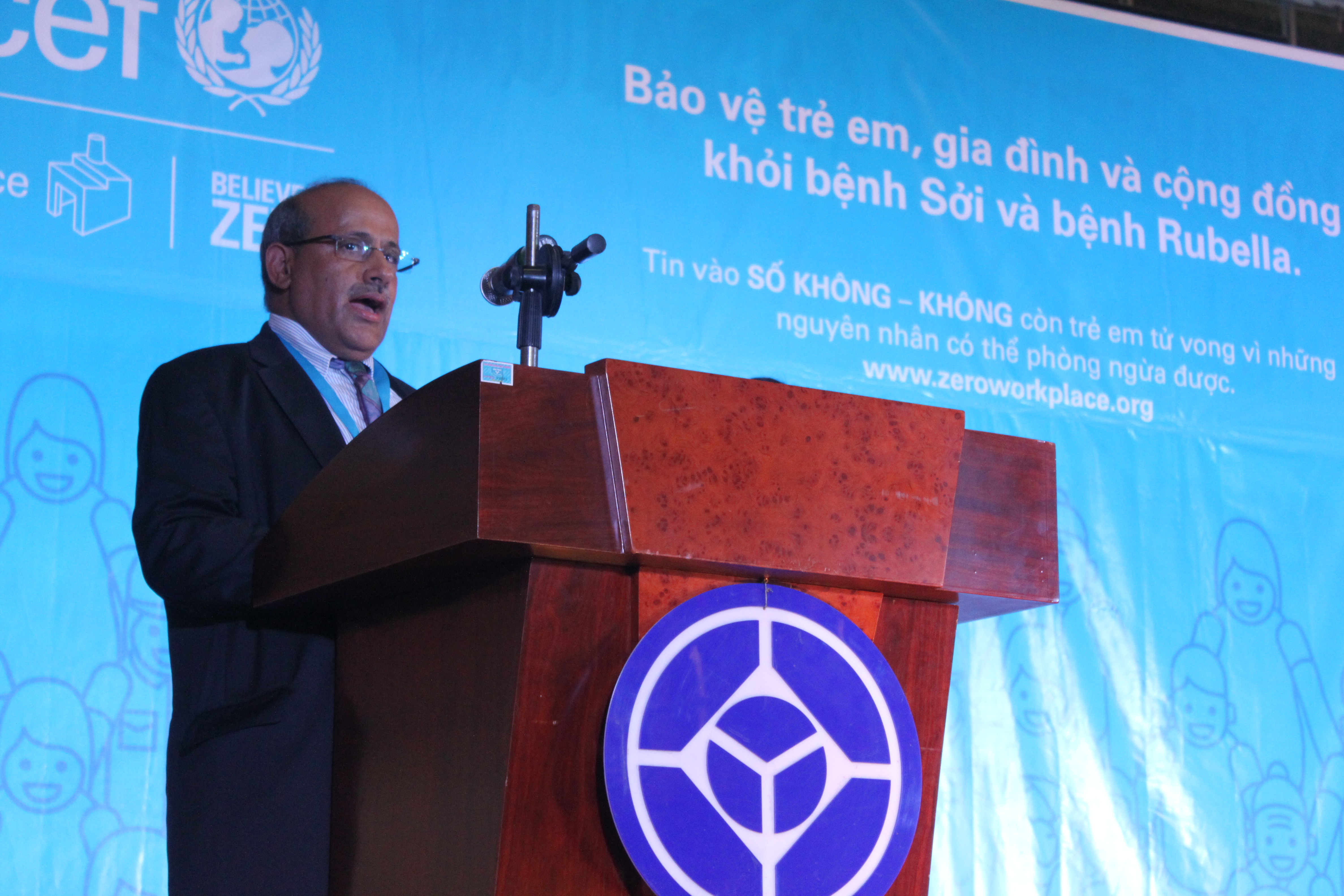 UNICEF has recently launched a program to improve Vietnamese children’s welfare by decreasing the number of deaths caused by measles – rubella at an industrial park in Ho Chi Minh City.

The program promoting the measles – rubella (MR) immunization campaign attracted over 500 participants who are workers of Pouyuen Company and Mobivi, two large manufacturing companies which are located at Tan Tao Industrial Park in Binh Tan District.

MR immunization campaign, a part of UNICEF’s Believe in Zero campaign whose purpose is to protect poor and disadvantaged children, aims to vaccinate 23 million children between the age of 1 and 14 in the period of September 2014 to February 2015.

Ho Chi Minh City currently has 1.3 million children, accounting for 5.6 percent of the total number of children targeted by UNICEF.

“Vaccinations are the most effective and low cost way to prevent diseases and ultimately save children’s live,” said Youssouf Abdel – Jelil, UNICEF’s representative to Vietnam while calling all businesses to join hands to help reduce preventable child deaths to zero and participate in its MR immunization campaign.

Pouyuen and Mobivi are the first two companies that have joined UNICEF’s ZEROworkplace, a community providing all firms in Vietnam critical information on children’s health protection, vaccinations, nutrition, and education.

“Our first effort is to ensure everyone to protect against measles and rubella because we know that immunization benefits not only individuals but also communities,” Peter Tsai, deputy director of Pouyuen shared.

“ZEROworkplace is easy to implement and we can now have measurable impact not only for the businesses we support, but for the children of their employees too,” Trung Dung, director of Mobivi which provides services to improve factory workers’ quality of life, asserted.

The event also welcomed two well-known Vietnamese singers, Cam Ly and My Linh, who came to promote the MR campaign and help ensure immunization reaches every child by sharing their own stories of taking care of their children.

UNICEF’s global campaign Believe in Zero was kicked off in October last year and aimed at reducing the number of preventable child deaths including traffic accidents, drowning and malnutrition to zero.

UNICEF activities focus on saving children and improving their lives. Besides working with Vietnamese government and NGOs, Believe in Zero campaign is the first event in which UNICEF collaborates with Vietnamese businesses and private sectors.