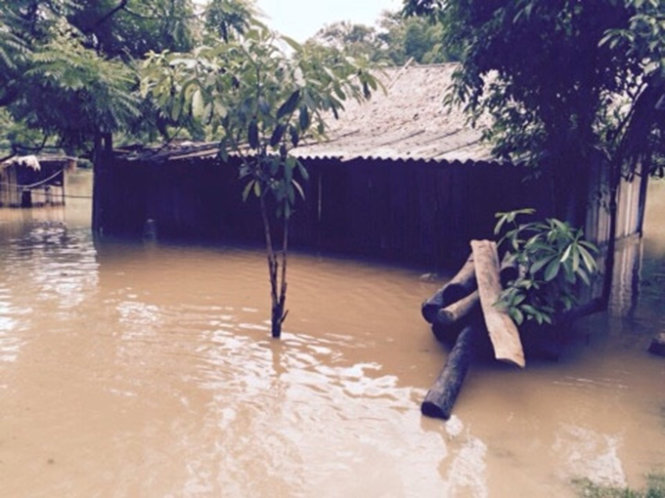 Heavy rains and floodwaters have caused great damage to people living in the upstream areas of the Ma River in Vietnam’s northern region in recent days after they swept through and shut down all coal mines in Quang Ninh Province.

A total of 28 people have been killed since downpours and flash floods started hitting the region on July 26.

On August 3, heavy rains continued to pour down the upstream areas of the Ma River, flooding 99 houses in the mountainous district of Quan Hoa in the north-central province of Thanh Hoa.

Dozens of meters of asphalt-surfaced roads were ravaged and traffic was blocked.

Heavy rains have caused floods and landslides in many northern provinces in recent days.

A landslide killed three on August 2 in Cao Bang Province and injured five others.

Nearly 600 families had to be relocated and around 8,800 hectares of rice fields were underwater.

Rainwater has also inundated and deactivated all coal mines in Quang Ninh, damaging hundreds of machines and equipment used for coal exploitation.

It caused property damage of over VND1 trillion (US$46 million) to the coal mines.

According to weather forecasts, the coastal areas of Quang Ninh and Hai Phong City will continue suffering from heavy rains today, with precipitation likely to reach 100mm.